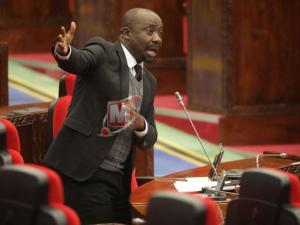 The government has ordered the police and Prevention and Combating of Corruption Bureau (PCCB),to arrest and interrogate Kawe MP Bishop Josephat Gwajima to substantiate his statements against Covid-19 vaccines.

The order was issued today August 17, 2021 by the Minister of Health, Dr. Dorothy Gwajima in Kyatunge village in Butiama district noting that Bishop Gwajima has been issuing deliberate misrepresentation which is disrupting his ministry and government efforts.

On Sunday July 26, while addressing worshipers in Dar es Salaam at his Church the outspoken cleric said that developed countries which spearheaded the vaccinations initiatives have ulterior motives.

He told his followers that he was dedicating this whole week to preaching on the danger of the Covid-19 vaccinations.

“I have been to many countries. I have interacted with White people on many occasions and I can tell you, there are absolutely no free things from them.
If White people give you something for free, be sure that they are expecting to get something in return,” said Mr Gwajima who took up politics during the reign of the late President John Magufuli - and was elected Member of Parliament for the Kawe constituency on the ruling party’s ticket.
“Are we that brainless? Doctors, professors: have you decided to put your brains in your pockets?”
He told the congregation that the vaccinations could kill people or turn them into zombies.
“People taking the vaccines risk becoming mentally challenged or monitored by computers from the West,” he said.
“I am talking with full awareness that there is a looming danger. I know there are bad boys who may try to harm me; people who don’t know that I cannot be harmed, thanks to the Grace of God,” he said as the congregation cheered him on.
https://www.thecitizen.co.tz/tanzania/news/government-orders-arrest-of-b...