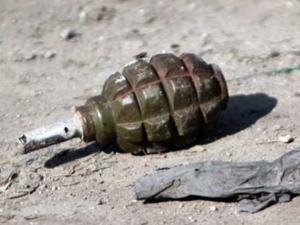 Two children have died and six people been wounded in eastern DR Congo after a grenade they discovered during a bird-hunt exploded, local officials said on Tuesday.

A group of youngsters had been hunting for birds Monday in a field near Ndunda, on the Ruzizi plain in South Kivu province, when they stumbled across the grenade.

"These children picked up the device that they confused with a toy, unaware that it was a grenade, and it exploded," said Gerard Matibu Mupanzi, a local official.

He added that one three-year-old girl died in the blast on Monday afternoon, while an 11-year-old boy succumbed to his wounds the following morning.

Another six people, including three children, were wounded in the accident.

Lieutenant Marc Elongo, a spokesman for the Congolese military, told AFP an army team had gone to Ndunda to investigate the incident.

Over 120 armed groups roam eastern Democratic Republic of Congo, many a legacy of regional wars that flared at the turn of the century.

Elie Vagheni, who works for the United Nations Mine Action Service in the region, suggested that armed groups were to blame for unexploded ordinance.