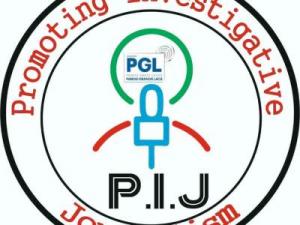 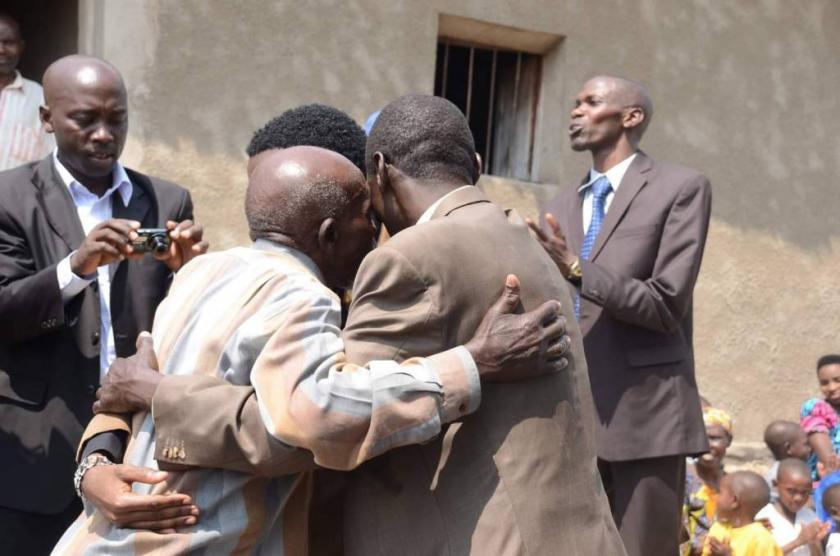 People in Rwanda are so accustomed to the hug and other longstanding forms of greeting that if you didn’t do it, their first reaction is; this person is a foreigner

From the time Rwandan society formed centuries ago, unique forms of personal greetings started to develop. These practices could be worsening the COVID-19 pandemic, than we are willing to accept.

One of those forms is called guhobera, which is essentially a hug with a few extra steps. When greeting each other, people use their left hand to touch the other person’s hip, and their right hand to grasp their shoulder. For the opposite sex though, it becomes more intimate and those hugging will embrace more tightly, coupled with more gestures. It usually ends with a handshake.

Historians, researchers and cultural enthusiasts we interviewed for this article weren’t able to tell us the precise origin of the practice, despite how widespread it is in modern Rwanda. It is one of those distinctive ways Rwandans greet each other, and other culture have their own variations too. Hugging is of little consequence of course, but in this pandemic a show of affection can literally be a matter of life or death.

In March 2020, the Government started a vigorous campaign asking citizens to stop close body contacts as part of efforts to control the novel coronavirus as it spread in different parts of the world and in Rwanda.

This virus is transmitted through respiratory droplets released when an infected person coughs or sneezes. It also spreads rapidly between people in close contact with one another through handshaking, or touching an infected person, said a communiqué issued by the Prime Minister Dr Edouard Ngirente on March 6.

At the time, health ministry advisories urged citizens to avoid practices like handshaking and hugging – as well as encouraging consistent sanitizing and hand washing. Social distancing must be kept wherever possible.

A global advisory issued by the World Health Organization (WHO) on March 29, 2020, said the COVID-19 virus is primarily transmitted between people through respiratory droplets and contact routes.

For most of 2020, these new rules governing how we interact with each other were largely followed in Rwanda. The county has been and still being praised as having exceptionally managed the virus, despite a large uptick in cases over the holiday season.

This upsurge in cases is very likely due to certain groups of people gathering in ways that they have been asked not to: exceeding crowd size limits, not wearing masks, hugging and shaking hands all over.

Before December 2020 festive season, cases of Covid-19 were a handful, with less than 50 deaths in total and mostly concentrated in Kigali city. As seen from images of crowded bus parks in urban centres as people flocked to rural areas, it is clear many people may have moved the virus to up country.

Daily cases are in the upwards of 300, a seriously large number for a small country as Rwanda. Though the capital Kigali is accounting for over 60% of the cases, far-flung regions are not spared.

In Kigali city, where dwellers are expected to be enlightened and aware of the Covid-19 virus, you don’t need any effort to look for people who are hugging and shaking hands. Instinctively, people who were meeting at weddings, or gatherings, will attempt to do a modified hug – not coming too close. But the urge for guhobera has remained strong.

Why the Rwandan hug is distinct and longer

Rwandans are usually friendly, polite, and helpful. In rural areas, people greet everybody they pass in the fields and pathways. In the cities people are expected to greet everyone they know. The warmest greeting is the hug, often guhobera.

Rwandans spend much of their time visiting or known in Kinyarwanda as gusurana. Guests are always offered something to drink. Close friends and others of equal rank may embrace (hug), holding one another by the shoulders or waistline and greet by brushing their fore heads together first on one side then on the other in what is known locally as ‘guhuza imisaya‘.

Close friends or family members of the opposite sex also usually exchange kisses on the cheek, alternating sides.

All of these cultural practises are deeply ingrained in peoples daily routines. They began centuries ago. Little did the forefathers know, however, that sometime in the future, their descendants will be told, actually by way of state decrees, that they should stop that one thing they’ve done since time immemorial. No government order can completely stop people from close contact, no matter how dire the consequences are.

But that begs the question: why are we so addicted to hugging in the first place? When did it come about, and what meaning does it have? Those we interviewed tried to answer some of those for us below.

Though Historians and researchers say there is no specific timeline pointing to when the culture of hugging (Guhobera) started, they agree its much more powerfully done here, than in other cultures.

For Guhobera to be complete, historians and cultural enthusiasts we spoke to, say the two parties hugging must hold each other tight – chest to chest, while hands press the waist line and rib side as they exchange pleasantries such as: wishing you peace (Gira amahoro), have as many children (Gira abana) and cows (Gira inka). It is these expressions that make the Rwandan hug distinct, and longer.

Modeste Nzayisenga, popularly known here as Muganga Rutangarwamaboko, a traditional medicine researcher and cultural icon, says hugging is deeply rooted and a purely Rwandan expression that emerged as a form of communicating ones self to others.

“Hugging came as physical expression of love and connection to accompany language expressions…, for example when two people made a pact – they hugged,” said Rutangarwamaboko. “When one doesn’t hug the other, it is seen as a disconnection. But when you hug, it confirms the oneness,… which had to be by heart-to-heart contact when the chests meet.” But then why can’t we just stop it if we all agree to? 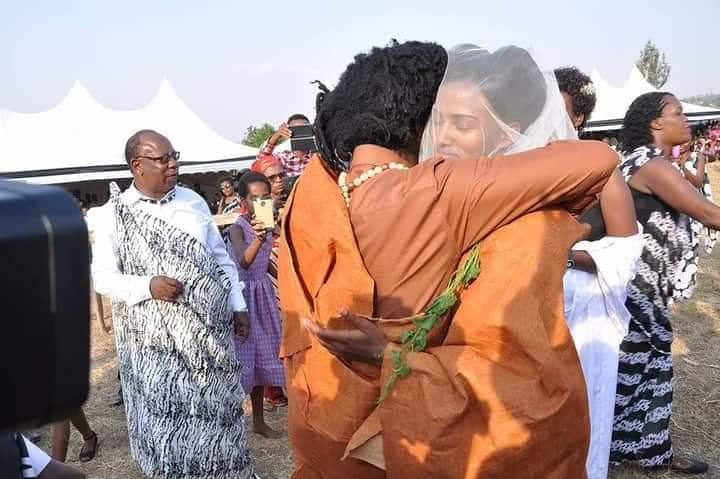 Hugging is not exclusive to Rwandans. It is practiced in neighboring countries, more visibly by communities located in regions close to Rwanda and Burundi, such as western and southwestern Uganda, eastern DR Congo and northwestern Tanzania.

Some historians and commentators in Rwanda actually have suggested that guhobera was ‘exported’ during the years of the expansionist Rwandan monarchs. But then, through centuries, Rwandans have also adopted other forms of greeting – a handshake, pecking, and head-butting, – as forms of self expression of which elderly Rwandans say were picked from other cultures and brought home.

Yohana Muhizi, 80, may not be a historian or cultural expert, but has been around long enough. He has tested both precolonial and the current digital eras. He said the other forms of greeting arrived from outside especially in the 17th century.

Along these expeditious journeys, Rwandans, mostly men, intermarried and got exposed to these new cultures which they brought back and integrated into their lifestyle. “Over decades, these practices stuck”, Muhizi said, before adding that it is the reason those who remained in those territories also simultaneously passed on “our culture”.

Like expert historians, Muhizi said head-butting (guhuza uduhanga) is recent and was picked from the current DR Congo. It is reported that Rwandans who had stayed – including as slave miners during the colonial conquest times, returned home along with some of the practices of Congolese.

Hand-waving (or what we know as Jambo) greeting was picked from the Arab influence in the Swahili culture in Tanzania where Rwandans reached – especially Karagwe region. The cheek pecking came from the German, Belgian and French colonial influence – also going back to the time of religious missionaries.

Elderly Muhizi, who lived at the time the colonial control over Rwanda was still vivid, explained to us; “The whites normally waved at their workers to say ‘hello‘ during a visual encounter. The religious missionaries used head butting to greet each other during religious services, which we also picked.”

In the wake of Covid-19, despite the science, the government health campaigns and the growing influence of individualism in Rwandan society, can we believe that they are not hugging, handshaking, pecking or head butting?

‘It needs at least 10years to end a cultural practice’

Dr. Sabin Nsanzimana, Director General of the Rwanda Biomedical Center, the health ministry agency directly leading the COVID-19 fight, has repeatedly said the recent spike in positive cases can be blamed on complacency – especially during the festive season.

He also cites, just as global scientific studies have, the element of asymptomatic people who have the virus but seem completely healthy with no single symptom. It is these ones who could be moving around as they hug, head-butt, shake hands and peck – in the process spreading the virus.

A clear confirmation of the silent spread emerged between January 24 and 26. Two weeks ago, Government announced it was launching community testing in all the localities of Kigali, which is in a special lockdown. It was due to end this Wednesday, but has been extended for another week up to February 7.

In each of the capital’s 161 administrative cells, 125 people have either been, or would be tested. The exercise would target those over 70 years and those suffering from underlying health problems like diabetes. The results have been shocking for the authorities and the country, with 575 cases identified on January 26 alone.

Prof Deo Mugenzi, 71, who has taught philosophy at various universities for years, and currently a prominent voice on social morality, says that it is not easy to have the practices that a human mind has been adapted to since birth, suddenly ceasing.

However, Prof. Mugenzi is also keen to emphasise that just as other precolonial practices such as the ‘amasunzu‘ elaborate hairstyles, died away, COVID-19 could eventually lead to phasing away of hugging. But he also notes it takes at least ten years for the beginning of the end of a long-standing practice.

If surviving Covid-19 requires abandoning this culture, the change will definitely happen, said Prof Mugenzi. “The cultural practices that have disappeared was because of global influence, changing times and trends. We should expect more to go as result of COVID-19.”

Mugenzi says that for our proudly maintained greeting practices to change, it starts with the individual and spreads outward to the family, then the community and beyond. “It is not learned in school,” he said.

Esperance Uwamariya worked on the Rwanda taskforce that battled the ebola epidemic to keep it outside of Rwanda’s borders as it ravaged eastern Congo in 2018-19. She said more focus should be on mass education instead of enforcement, to slowly make Rwandans get accustomed to the fact that some of the things they do in their daily lives, may actually be helping spread the virus.

On a daily basis, Police parades groups of people caught the previous night in different parts of the country as they partied. This Tuesday morning, the authorities in Musanze district busted a group of 94 people including children who had locked themselves in a house supposedly praying for the end of the virus. Barely a week goes by without similar reports in other regions. In these closed spots, attendees will have been hugging, pecking, and handshaking throughout, with no social distancing. 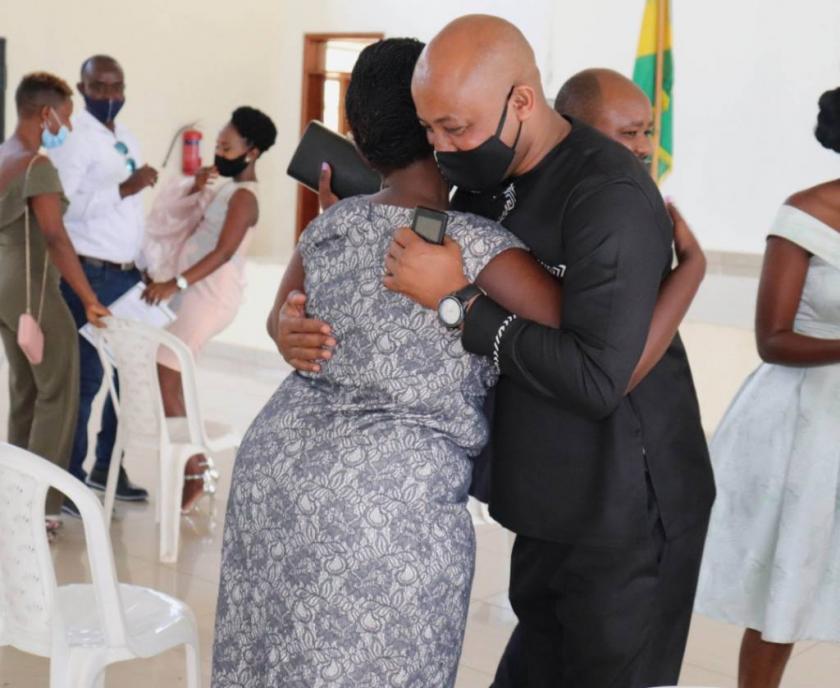 With masks on, they instinctively hug, because that is how they have grown up doing, despite the pandemic

Although we won’t stop guhoberana (hugging) permanently; We need to do so during this pandemic. Keeping our distance is key; it’s just for a few months until we get the vaccine and we can get back to showing our affection in the traditional way we’ve been accustomed for so long.