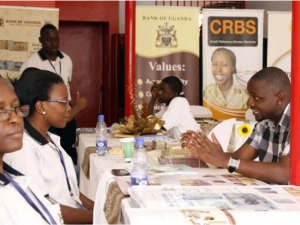 More than half of Uganda’s commercial banks would have collapsed if the Central Bank had enforced a three-month customer loans repayments holiday at the onset of the Covid-19 pandemic, the sector regulator has revealed.

A stress test conducted on Uganda’s 25 banks showed most would not have survived the cash crunch since loan interest income accounts for 60 percent of their revenue.

Results of the stress test informed the decision to spread customer loan restructuring over a 12-month period instead of offering an outright repayment holiday, Bank of Uganda (BoU) said in a Zoom webinar.

“We asked banks to suspend dividend payments this year so as to strengthen their liquidity positions during the lockdown and also increase bad loan provisions needed to absorb expected spikes in loan defaults. It is a good idea to raise commercial banks’ paid up minimum capital in order to improve the industry’s resilience during future crises but the timing is not right. Banks are struggling with loan restructuring but if we chose to increase all financial compliance ratios now, what would happen to them?” posed Hannington Wasswa, BoU’s Director for Commercial Banking.

Uganda announced a strict lockdown of major sectors of the economy after Covid-19 positive cases were reported in the capital in March. The economic shutdown hit businesses hard, affecting borrowers’ ability to repay their loans.

An estimated 15 banks would not have absorbed the revenue loss if the 90-day loan repayment break was granted to borrowers, people familiar with the stress test said.

A significant decline in the number of customers since onset of the coronavirus pandemic in Uganda three months ago has also affected the flow of bank deposits, a relatively cheap source of liquidity for the lenders.

Uganda has an estimated 4.5 million retail bank clients, many of which comprise individuals holding multiple accounts. Small and Medium Enterprises account for about 20-30 per cent of the Ugandan banking clientele pool, according to past data published by Financial Sector Deepening Uganda and other research institutions.

Uganda’s National Social Security Fund (NSSF) says about 100,000 contributors have dropped off its register since the beginning of the lockdown; pointing to rising unemployment levels, reduced payroll tax collections and potential loss of many salary deposit accounts held by commercial banks.

NSSF Uganda has a membership of roughly 2.5 million contributors.

Signs of liquidity challenges facing Ugandan banks during the pandemic have drawn attention to liquidity compliance ratios applied by the regulator.

The minimum paid up capital requirement for Ugandan banks currently stands at Ush25 billion ($6.7 million), while the minimum liquid assets to total deposits ratio stands at 20 per cent. The average banking industry liquid assets to total deposits ratio stood at 45.5 per cent at the end of June 2019 compared with 46.6 per cent recorded in June 2018, as per BoU data.

The regulatory ratios, which set a kind of buffer assets kept by a commercial bank in proportion to the size of their balance sheets, are intended to cushion the lenders in times of economic shocks.

Central banks also adjust financial compliance ratios depending on the overall economic situation or the need to sail through shocks such as the Covid-19 pandemic.

The regulators could also order market consolidations to save struggling institutions.

“Some commercial bank owners might struggle to raise additional capital to meet new compliance requirements that may be set by the regulator. Alternatively, some small banks could be advised to merge in an industry that is economically sufficient for about 10 banks out of 25 players in the market. The biggest industry concern right now is liquidity and the Central Bank needs to provide more liquid cash to troubled banks in order to keep them afloat instead of lending to certain bad borrowers and eventually fail to recover it. Under a worst case scenario, some affected banks ought to be stopped from carrying out lending business altogether for some time so as to guarantee higher liquidity levels in their operations and shield them from distress situations,” argued Dr Fred Muhumuza, a director at Bank of Baroda Uganda.

A senior Citibank Uganda executive said the pandemic has created a situation where there is a disproportionately high number of commercial banks chasing after a few, high-value clients.

“This means a single, high value client is at liberty to choose which banks to clear during the year. For example, one high value client might receive loan offers from five banks but they might choose to clear loans due to three banks and default on the remaining two loans. This means, two commercial banks will lose money and will pass on the increased credit risk to other borrowers. This partly explains why lending rates in Uganda remain high despite aggressive policy actions. Through consolidation, the banking industry’s resilience will eventually increase and improve banks’ capacity to cope during crisis times such as the coronavirus pandemic,” said the executive who requested anonymity.