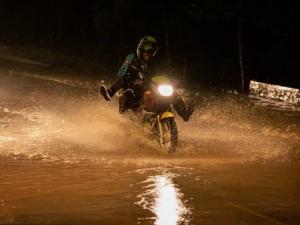 The Ministry of Emergency Management (Minema) has confirmed that five people died while infrastructure was destroyed on Monday night due to heavy rains.

The damage comes after the Rwanda Meteorology Agency made “above normal” rainfall predictions between March and May, last week.

According to the Agency, rains are expected to ease in late May except for the districts of Musanze, Rubavu, Nyamasheke and Rusizi, which will continue to experience rainfall until June.

According to figures from Minema, of the five deaths, floods killed two people in Ruhango district, Southern Province and one person in Gasabo District, Kigali.

Lightning also killed two people; one person in Rulindo district, Northern Province and another one in Nyanza District, Southern Province.

Minema noted that activities, like taking injured people to hospitals and restoring damaged infrastructures, are ongoing as a response to the damages.

Olivier Kayumba, the Permanent Secretary in MINEMA, says citizens should be vigilant during the rainy seasons.

“We advise citizens to strengthen the roofs of their houses, avoid going in water bodies, under trees or using electronic gadgets when the rain has lightning,” she said.

Meanwhile, Rwanda National Police also on Monday, March 2, advised motorists to be cautious during this period.

Driving in the rain can be risky even to the most experienced driver, the police said, giving some tips that may help in avoiding road accidents during this rainy season: pic.twitter.com/BdgV5pUUCs.

“Don’t drive through floods. It can lead to vehicle mechanical failure, hydroplaning. When in such conditions, we advise drivers and motorists to use alternate routes rather than attempting to drive through the floods,” Police said in a tweet.

It added that: “Drivers should avoid parking under trees,” adding that: “Reduced speed is imperative in the rain season. On wet roads, your vehicle’s reaction time is much slower than is on dry roads. Drivers should drive considerably slower than they normally do and keep a greater distance between their vehicles and the car in front of them.”