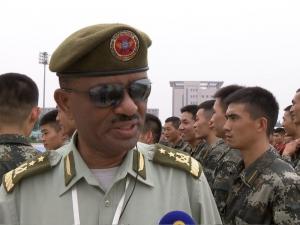 The Intergovernmental Authority on Development (Igad) has appointed a senior Ethiopian military officer as the new chairman of South Sudan’s ceasefire monitoring body.

According to the tweet seen by The EastAfrican on Monday evening, Nuur Mohamud Sheekh, Igad’s executive secretary spokesman, described the new chairman as a professional military officer.

“He is globally respected as a highly competent & professional officer,” Sheekh added.

Lt. Gen. Asrat has also served as the Commander-in-Chief of the Ethiopia Ground Forces and coordinator of the Metekel Zone Integrated Command Post.

The ceasefire monitoring mechanism’s main mandate is to report to Igad on the progress of implementation of the ceasefire agreement in South Sudan.

The chairman is tasked with continuously engaging peace parties to adhere to the ceasefire deal, especially the Cessation of Hostilities Agreement which was signed in Khartoum, Sudan, in 2018.

Among the continuous ceasefire violations that will need his immediate attention is the ongoing military confrontations in Upper Nile State between forces loyal to First Vice President Dr Riek Machar and the breakaway group – Kitgwang Declaration – who have been in conflict since last year.

He will also be tasked with looking into the delayed unification of forces into one professional army.

The outgoing chairman last year admitted that cantoned soldiers were deserting training sites and cantonment centres due to poor living conditions there.