Ignorance of The Law: Can It Be Defense Under Rwandan Law? 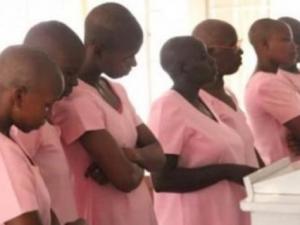 Ignorance of the Law is No Excuse “ Ignorantia legis neminem excusat “ is a famous principle among legal practitioners and law students across the world.

In some countries, you have no point to plead ignorance of the law as a defense and the explanation is that the other way round would make it easy for defendants to escape the rigor of justice.

Critics who tend to refute this principle defend that it was fit for ancient Roman law which cannot be applied nowadays. History has it that it was applied at a time when the number of laws was quite few to an extent that they could be easily known and understood.

They thus put their idea forward while showing volumes of laws from legislators and other organs against societies which include a number of illiterate communities or the litterate who may not afford the cost of official gazette.

The Principle “ignorance of the law is not an excuse” is sometimes thought to be equivalent to the statement “Every person is presumed to be aware of the law”. But on closer look, both statements are not equivalent. There is absolutely no justification for the presumption that everybody is aware of all the laws in operation.

If everybody knows the law, then what’s the reason being of courts, advocates, and solicitors?

Why would a higher court reverse a decision of the court at lower level if the latter was aware of the law?

In Some Countries Like South Africa, Ignorance of the Law is defense before a Court of Law because they discovered that there is a big number of citizens who can not have the capacity to know what is provided in the law as the law changes many times.

In their context, illiteracy is also at play.

As far as Rwandan context is concerned, Dr Evode Kayitana, a Rwandan legal scholar urges that this principle has a level of unfairness.

Advocate in Rwanda Bar Association and Associate Professor of International Law at Euclid University and Senior Lecturer at University of Rwanda (UR), Kayitana argues:“This principle is applied in different countries, but some of them have already decided to remove it because rather than providing justice, it leaves around several victims.”

He further suggested that Rwandan constitution provides that ignorance of a duly published law is not an excuse but added: “it may depend on the crime; there are a number of crimes which can be committed out of people’s lack of information.”

He said that’s the reason why the country has specific laws determining offenses and penalties in general, but in some instances, an exemption for criminal liabilities for the people who commit an offence as a result of an error.

“The law provides that none should abuse drug, and violation of this provision causes punishment once found guilty. But some defendants don’t necessarily know the full list of prohibited drugs. In that context, my take is that no crime is committed if that list is in a different law,” Kayitana said.

“For example, if you were not aware the law puts Muriture on the list of prohibited drugs when you drink it, to me, there is no crime.”

For Kayitana, Rwanda legal system is in good progress in regard to this principle since there are some exemptions for some crimes in penal code where it is provided that “a person commits an offence as a result of an error of law or an error of fact if such an error entirely removes the intention to commit an offence.”

“All in all, using ignorance as full defense under Rwandan law would recall for more precautions, but so far so good, our laws are clear and well-drafted,” Kayitana said.