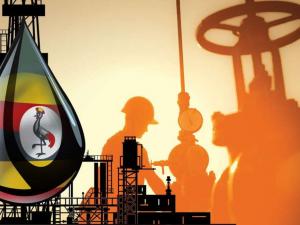 Even as Uganda waits for the final investment decision for its oil project expected this month, years of indecision by government have cost the country and major investors billions of dollars over the past decade, based on the current price of oil.

By press time, the indecision continued as Ministry of Energy had not received any signal that Total would submit Final Investment Decision proposals, as scheduled, Permanent Secretary Robert Kasande said.

Uganda discovered oil in 2006, but dithered on oil production, with costly delays over the choice of a route for the crude oil pipeline, as well as years of haggling between the government and oil companies over the economics of a large refinery vis-à-vis a pipeline as a more feasible plan for commercialisation of the resource.

But now as the country is on the verge of taking its project to oil production and export, the price is just below $50 – recovering from a plunge below zero in the US, while the OPEC basket sold at $12.2 in April.

Even as they are on the cusp of taking the FID, Total decries the cost of delays on investors’ projected revenues which currently don’t look good on the basis of global low prices for crude.

“It is some kind of paradox because we’ve been in the region of $70 some years ago and we were not necessarily achieving the progressing that we currently are,” Pierre Jessua, the General Manager of Total Uganda said in interview in October.

Executives at Total – the lead investor in Uganda’s upstream oil projects and the $3.5 billion East African Crude Oil Pipeline – say the company for now has to be prudent and work within the existing market dynamics that oil companies find ways to manage costs when the price is low, and hope that in four years’ time when Uganda expects first oil to flow, the price of crude will be higher.

“We have to be extremely disciplined. We need to make sure that this project flies at low cost. It will not fly at $20 or $30. We have to make sure we have the best way to monitor and control our expenditure,” Mr Jessua added.

However, the Fitch Solutions outlook says crude oil prices will be around $58 in 2024.

A 2018 UN University World Institute for Development Economics Research (WIDER) working paper shows that the best years for Uganda’s oil were just after the country discovered oil, when crude prices exceeded $100 a barrel.  For example, the paper says that due to its high viscosity, when Uganda’s oil eventually hits the international market, it will incur a discount factor of $12 per barrel. It will also take a $12.7 hit as tariff for transporting its oil via Eacop through Tanzania.

Even with a case scenario of a $77 per barrel oil price in 2018 with a two percent growth rate and a balancing 2 percent inflation rate, the WIDER research projected that Uganda’s oil revenues will peak at $4,536 million, averaging $2,116 million over 33 years of production.

But if the oil price is a flat $40 throughout the production period, with two percent inflation of other prices, Uganda’s oil revenue will peak at $1. 177 billion.

In the event of a $77 oil price – with a five percent growth rate, and additional discoveries of 50 percent of the current total discoveries, assumed to follow, production, and cost profiles – Uganda oil revenue would peak at nearly $12 billion.

The pipeline vis-à-vis refinery tussle between government and the joint venture partners in Lake Albert oil projects has been going on for a decade.

The government did not want to proceed to the production stage without an agreement on a large refinery to add value on the oil, but the oil companies argued that a large refinery posed commercial viability risks.

In an interview with NBS TV mid this year, President Yoweri Museveni admitted that Uganda spent “so much time” in endless disputes and negotiations with investors, resulting in delays for the oil project but he defended his government’s hardball tactics as a strategy to ward-off the oil companies’ tendency to cheat African countries.

“Even now, the final agreement we have agreed still has a lot of issues. For example, the oil companies insisted on a pipeline.

Why do you want a pipeline? Why don’t you concentrate on supplying the Ugandan

But Museveni caved in to oil companies’ pressure, which argued that the pipeline t

anslates into value for investors, creates other opportunities such as contractor jobs and value chain benefits of oil transportation, which other experts echo.

“For the multinationals operating on the Ugandan deposits, the country is landlocked and must therefore deal with neighbouring countries for the evacuation of its hydrocarbon resources to the international market, the equation does not have to be simple and the government must not do it randomly,” says Mahaman L. Gaya, former Executive Secretary of Africa Petroleum Producers Organisation.

The other delay – which experts have hailed as necessary – came in 2011 till 2016 when Uganda slowed down oil exploration activity to develop a more robust legal framework before proceeding to the production stage.

“If the government truly wants to put the oil resources to the sole benefit of the nation, then I can see no harm in it taking all of its time to make it happen. If, on the other hand, Uganda delays production in light of current oil prices, it is clear that it will do so in concert with investors,” Mr Gaya adds.