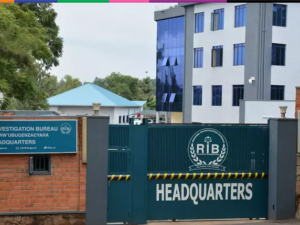 Investigators have shed light on circumstances under which thousands of Rwandan children, especially girls, are lured by sex offenders, often people who are well known to the victims, including family, neighbours and teachers.

Isabelle Kalihangabo, deputy secretary-general, Rwanda Investigation Bureau (RIB), identified “gifts, services and marriage promises”, which accounts for 7,467 cases recorded over the last one year, representing 55.4 per cent, as the main avenue through which offenders entice their victims.

She was speaking Monday at an event to mark the International Day of the Girl in Kigali.

“Perpetrators don’t necessarily use expensive or big gifts,” she said, adding that some children were defiled after receiving as little as Rwf100 or a sweet from the offender.

The second most used avenue, she said, is threats of violence and intoxication, which accounted for 4, 989 cases, or 37 per cent.

Kalihangabo noted that the use of intoxication is a growing trend, specifying that victims are usually given drugs and alcohol and later abused.

Luring the victims through pornography ranks third among the tricks used by sex offenders, and 1, 029 cases were linked to this, or 7.6 per cent.

“This is a very concerning issue,” she said, explaining that some offenders show explicit content to would-be victims before taking advantage of them.

It was also pointed out that in most cases victims have been abused by people they know, including close relatives, neighbours, boyfriends, teachers, among others.

Some of the main factors behind the abuses, Kalihangabo said citing some of the sexual predators, include compulsive sexual behaviour (54.7 per cent), with respondents claiming they had defiled children on impulse.

False beliefs and sexual exploration come in second, at 28.1 per cent, with offenders claiming they abused minors chasing a cure for their disease.

Victim exposure is the third main factor, at 15.5 per cent. “This is when children are not appropriately looked after and are not protected and perpetrators take advantage and defile them,” Kalihangabo said.

Alcohol and drug abuse, and overcrowded households account for 1.5 per cent and 0.2 per cent, respectively.

It was recommended that tougher laws against defilement should be adopted, while efforts should also go into promoting grassroots awareness about the need to report abuses in a timely manner and not to cover up violations.

The Ministry of Education was urged to emphasise lessons about reproductive health and to tip school children on how to detect predators.