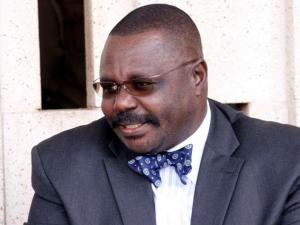 I am not anybody’s yes man. I have a brain that functions very well. I am able to see what is right and what is not right. I have three principles; Is it okay with God, is it okay with the law; when I take that decision, will I sleep well?” Uganda’s Jacob L'Okori Oulanyah said last year after trouncing his former boss Rebecca Kadaga to claim the third highest title in the land, the Speaker of Parliament.

It was on May 24, 2021 and Oulanyah, holding the ruling party’s flag and enjoying President Yoweri Museveni’s support, defeated Kadaga, who had been speaker since 2011, making her one of the veteran female politicians in the land. On that day, Kadaga lost 310 votes against 197 in a House of 529 members.

Oulanya’s victory though was short-lived and health battles began soon after and he only presided over two sessions of Parliament before he took a sick leave.

Museveni announces death
“Countrymen and Countrywomen. It is with a lot of sadness that I announce the death of the Rt Hon Jacob Oulanyah, the Speaker of Parliament,” declared President Yoweri Museveni on Sunday.

“I got information of this sad news at 10.30am, East African time from people that have been with him and the doctor that was caring for him in the intensive care unit. He was a good cadre. I delayed the announcement so that his children would be informed first.”

His death had been rumoured late last week before officials vehemently refuted the claim. He had been airlifted to the US for further treatment.

The agricultural economist who joined politics in 2001 had served under Kadaga from May 2011. The Omoro county legislator joined Parliament in 2001 as a Uganda People’s Congress ticket, at the time when party activities had been banned and political play was entirely under the National Resistance Movement (ruling party) system, introduced in 1986 when the current government under President Yoweri Museveni captured power. Under the system, political play was on individual merit not party aspirations.

Oulanyah, in his principle, had always yearned to have his children feel proud of using his name. So he said he would embark on doing good, winning fairly and eating only his share.

Work with caution
“I want my children to be proud of my name because of the good things I did for the people. Those are the things that make me work with caution when I am handling public matters,” he once said in an interview.

He came in as speaker with a lot of energy and determination, saying he wanted the next five years to be very different, to restore public confidence in the institution of Parliament and change the way things had previously been done. He vowed to restore cordiality between legislature and the presidency and to restore the integrity of Parliament. Under his predecessor Kadaga, whom he deputised, Parliament was accused of rubber stamping executive decisions including laws that were seen as atrocious to civil liberties.

Born on 23 March 1965 to Nathan L'okori and Karen Atwon, Oulanyah came from a family his friends and contemporaries describe as having a humble background. His father had a mud and wattle grass thatched house with mud floor, smeared with cow dung.

He attended St Joseph's College Layibi, Dr Obote College Boroboro, and Kololo Senior Secondary School for his secondary education, joining Makerere University in 1988 to pursue agricultural economics. He graduated in 1991 with a Bachelor of Arts in agricultural economics, but joined the law school at the same university in the same year, graduating in 1994 with a Bachelor of Laws degree.

After obtaining his diploma in legal practice at the Law Development Centre, he started his law firm, Oulanyah, Onoria & Company Advocates, actively working there until he joined elective politics in 2001.

Joseph Kony rebels
At the time when the government asked the leaders from northern Uganda to help find a lasting solution in the war between government forces and the Lord’s Resistance Army rebels of Joseph Kony, which had lasted for more than a decade, claiming hundreds of thousands of lives and displacing millions of people, Oulanyah joined the team for peace talks.

Although the peace talks, involving former Mozambique president Joachim Chissano, later did not yield much, the talks marked the final departure and later defeat of the rebels, who were flushed out of Uganda, escaping to Central African Republic where some of them surrendered while others up today remain holed in the jungles.

With the political experience, Oulanyah gave the elections another shot in 2006, contesting to represent the same people of Omoro. This time, the country had embraced multiparty democratic dispensation and he contested on the UPC ticket. Despite the party’s popularity among the people of northern Uganda then, Oulanyah lost the elections.

A couple of months after the elections, he quit the UPC and joined the ruling National Resistance Movement (NRM), bagging the position of chairman of the commission of inquiry into the controversial sub-lease of Kisekka Market, one of the municipal markets in the city of Kampala, two years later.

In March 2011, Oulanyah was elected to represent Omoro County in Gulu District, in the Ninth Parliament, this time on the NRM ticket, after which he was elected Deputy Speaker of Parliament on 19 May 19, 2011.

He was re-elected to represent Omoro County in the 2016 general elections, and was again elected deputy speaker of the 10th Parliament, with 300 votes against his closest rival Mohammad Nsereko’s 115 votes.

‘Private trip’
In July 2021, Oulanyah, who had not been seen in public for nearly two months after his election as Speaker, dismissed reports that he had been ill. Just like Parliament publicist Chris Obore had said when questions about his whereabouts became too many, Oulanyah said he had taken a private trip to his family abroad.

MPs had got rumours that Mr Oulanyah had gone abroad for treatment for an undisclosed illness. Some said it was Covid-19, especially at the time when the country was battling the second wave.

He later returned to normal business at his Parliamentary office. However, three months later, he again disappeared from Parliament, leaving parliamentary business to his deputy, Anita Among.

Early in February, it was discovered he had spent three days without eating and he was immediately rushed from his home to Mulago National Referral Hospital and eventually out of the country.

His close friends, Chief Justice Alfonse Owiny-Dollo and Democratic Party President General Norbert Mao, said they had made phone calls and could not trace him, suspecting something had gone wrong.

His deputy said when she went to check on him on January 29, 2022, she found him in bed, but unable to speak.

His deteriorating health forced the government to charter the Uganda Airlines plane to fly him to the US for further treatment.

On 17 February 2022, Oulanyah tweeted and thanked Ugandans for their prayers and concern about his health.

“Fellow Ugandans, my deepest appreciation for your well-wishes and prayers; I wish you God's blessings.”

According to Kitgum Municipality MP Denis Amere Onekalit, Oulanyah has been a key pillar of political representation of northern Uganda, where he hailed from.