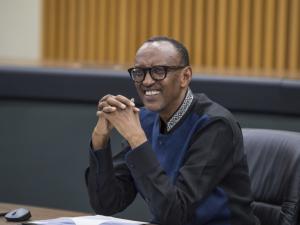 Heads of State and Government from 30 countries are meeting today virtually to discuss the work of Smart Africa, an alliance of African countries aimed at accelerating the continent’s digital transformation.

The ninth board meeting will be chaired by President Paul Kagame, according to the statement from the organisation’s secretariat, currently based in Kigali.

“This meeting will discuss Smart Africa’s core deliverables for the just-ended calendar year and the goals for the coming year,” the statement reads in part.

Smart Africa’s mission is to define the continent’s digital agenda and drive the continental single digital market, all this is done through a series of projects and activities.

Under the current arrangement, each member country spearheads a project that is aligned with Smart Africa’s vision.

For instance, Rwanda is leading a project on smart and sustainable cities.

The organisation’s key projects include Digital Economy Development led by Kenya, intra-Africa cross-border connectivity by Guinea, as well as entrepreneurship and youth innovation and job creation by Mali.

The organization is also looking at advancing the development of High Tech Parks, a project led by Angola, and promoting digital literacy which is spearheaded by South Sudan.

The implementation of all this and the future of Smart Africa will be discussed today.

Other projects expected to be launched include Africa's Digital Identity Blueprint, the Start-Ups and Innovation Ecosystems Blueprint, and the Smart Africa Digital Academy (SADA).