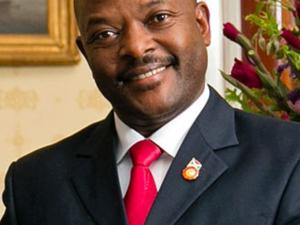 President Paul Kagame has extended his condolences to the Government of Burundi and the people of Burundi over the passing of President Pierre Nkurunziza. President Kagame also condoled his family.

“On behalf of Gov’t and my own behalf, I sent our condolences to the Gov’t and People of Burundi for the passing of President Nkurunziza. This also goes to the family of the President. God Bless!” – President Kagame tweeted. The Burundian leader died due to a cardiac arrest on Monday, according to the official communique yesterday.