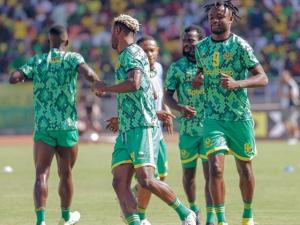 As Yanga will at 4pm be playing at the CCM Kirumba Stadium in Mwanza, Mbeya City will be hosting Coastal Union of Tanga at the Sokoine Stadium in Mbeya at 2pm.
However, all eyes and ears will likely be directed at the CCM Kirumba Stadium, where Yanga, who are the only team yet to lose a single match, will be seeking to maintain their unbeaten record after collecting 20 points from eight matches.

Kagera Sugar will likely be targeting victory in order to improve their chances in the league standings from the 13th position they hold with 11 points from 10 matches
Yanga head coach Nasreddine Nabi said they are ready to face Kagera Sugar and are expecting to come out with a good result.

However, Nabi admitted that they are facing a challenging task against Kagera Sugar, saying that most of his players are yet to recover fully after the tough playoff of the CAF Confederation Cup against Club Africain of Tunisia, whom they managed to beat 1-0 and qualify for the group stage of the competition.
“It is a very important match for us to win as we are the defending champions. My players are ready for the match and we believe we will do our best,” said Nabi.

For his part, Kagera Sugar head Coach Mecky Maxime said their main target is to collect all the three points and continue to fight for a top position in the league standings.
He said they have worked on all of their mistakes made in their past matches, believing they will win today’s encounter.

Maxime noted that they are now well-focused following their 1-0 victory over KMC and assured that they will continue to win their upcoming games.
“Every team are focusing on good results and the title. So, we hope to win this encounter. Just let’s wait and see,” said Mexime.

He predicted a tough game, saying that Yanga will also be searching for victory in order to maintain their winning streak in the league.
https://www.thecitizen.co.tz/tanzania/news/sports/kagera-sugar-look-to-s...