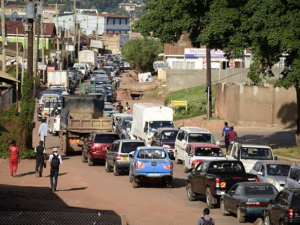 Life in the Ugandan capital is slowly returning to normal after nearly two months of lockdown.

Police said several people had been arrested and their cars impounded for violating the 7pm to 6.30am curfew rules.

According to directives issued last week by President Yoweri Museveni, private transport was allowed to resume from May 26 and to carry a maximum of three passengers.

Public transport will resume on June 2 with buses operating at half capacity to ensure physical distancing rules are adhered to.

“This opening of public transport will not be allowed in the border districts of Uganda for another 21 days. And when the taxis resume, I don't want to hear of brokers and these noisemakers in the park. Since it is impossible to space out the passenger and the boda boda rider, boda bodas and tuk tuks will not be allowed to carry passengers,” Museveni said last week.

Operators are also directed to provide commuters with sanitiser before boarding the vehicles. No one will be allowed on to buses without the recommended face mask.

Operators say they will increase fares as buying sanitisers and ferrying less people will increase their operation costs yet pump prices remain high.

Prior to easing the restrictions, only cargo transporters and essential service providers were allowed on the road.

Uganda as of Wednesday had recorded 253 coronavirus cases with no deaths, according to the Ministry of Health.