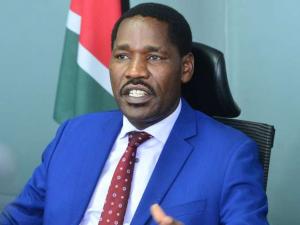 Nairobi has agreed to lift barriers that hindered the sale of poultry products from Uganda, a move that will also see Kampala delay its proposed retaliation ban on Kenya’s agricultural produce.

This follows bilateral talks held between Agriculture ministers from the two countries on Tuesday.

In a joint communique sent to newsrooms, the two neighbouring countries said they would not impose restrictions on poultry as they work out a long-term policy deal to eliminate trade barriers. The sale of poultry products has been the most contentious in a longstanding trade spat that also includes a ban on Uganda dairy products in Kenya since 2019.

At the meeting on Tuesday, Nairobi insisted on conducting another round of inspection on milk processing chains in Uganda to verify quality and determine whether the milk was locally produced.

The two sides also agreed to remove restrictive levies that violate the East African Community (EAC) Customs Union Protocol by July next year, reiterating a declaration they had made in April this year.

The decision on Tuesday means Kenya will now allow the sale of Ugandan eggs, chicks and chicken, which it had restricted in February this year ostensibly to protect Kenyan farmers and enable them to recover from Covid-19 disruptions. It also means Uganda will stay its decision to impose retaliatory restrictions on Kenyan agricultural produce until the end of January.

Last week, Kampala said it was listing agricultural goods from Kenya that would be refused market in Uganda as a protest against Nairobi’s continual ban on its agricultural produce, including poultry, milk and sugar.

Verification mission
Besides protecting the local market, Kenya also charged that Uganda was repackaging imported milk as locally produced and exporting it to Kenya.

Under the Customs Union Protocol, local produce is considered so only if more than two-thirds of the main ingredients are sourced locally.

Kenya says it will be sending a trade mission to Uganda before the end of January to verify that the milk imported from the landlocked neighbour does not originate from third-party countries.

While the two governments have signalled an end to the trade disputes, the lack of an explicit agreement on levies and sugar imports means traders will likely experience bottlenecks at the border, including importation permits.