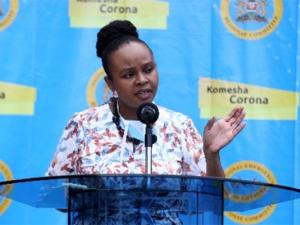 A majority of Kenyans are worried about the Covid-19 situation in the country, a survey released Sunday by Infotrak shows.

The findings came as the Ministry of Health announced that the number of deaths in the country had risen to 14 while the number of infections hit 270. The number of recovered cases is 67.

Health Chief Administrative Secretary Mercy Mwangangi told journalists at the daily briefing that the ministry had tested 1,330 people in the last 24 hours and eight of them turned positive for Covid-19.

Seven of the new infections are Kenyans and one foreigner.

Three of the cases were from quarantine facilities while five were picked by the surveillance team.

The Infotrak survey was conducted between March 30 and April 20 and 831 respondents were interviewed in 24 of the 47 counties.

In the poll, Kenyans in North Eastern and Rift Valley are the most worried at 57 percent and 56 percent respectively while 46 percent and 44 percent of residents of Nairobi and Coast residents, which have the highest infections, are extremely worried.

Some 78 percent of Kenyans believe that there are many Kenyans who have coronavirus but are not aware while 76 percent said they would not be able to make ends meet should the pandemic persist.

And 76 percent of those polled believe that the country does not have the medical resources to cope if the disease spreads.