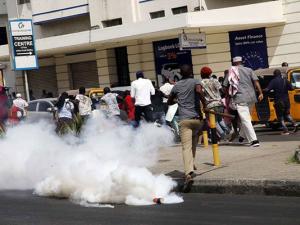 The Kenyan government has repeatedly failed to make good its promises to address human rights abuses, an international monitoring group said on Wednesday.

No payments have yet been made from a Ksh10 billion ($100 million) restorative fund that President Kenyatta announced in 2015, the report notes.

The fund, formally established in April last year, is intended to compensate victims of rights violations, including the 1,100 killings that occurred during the 2007-2008 post-election violence.

There is also no accountability in regard to the violence that occurred during the 2017-2018 elections in which more than 100 Kenyans lost their lives, HRW adds.

Those unpunished crimes include the killings of nine-month-old Samantha Pendo in Kisumu and nine-year-old Stephanie Moraa in Nairobi.

No actions have been taken against senior police commanders and other officials implicated in those abuses in the course of a government inquest, the rights group notes.

Some activists who raised environmental and health concerns regarding the massive Lamu Port-South Sudan-Ethiopia-Transport (Lapsset) Corridor project were harassed and detained by security forces who labelled some demonstrators terrorists, the report says.

Human rights violations were also said to be rife in Somalia as well as among Kenya's partners in the East African Community.

The United Nations had recorded a 2019 total of 1,154 civilian casualties in Somalia as of mid-November. Two-thirds were attributed to attacks by al-Shabaab, the annual report says.

In Rwanda, political opposition to President Paul Kagame’s government has all but vanished due to harsh repression, HRW observes.

“The ruling Rwandan Patriotic Front continued to exert total control over political space in Rwanda in 2019,” the report states.

It points out that several opposition activists and one journalist were found dead or had disappeared under mysterious circumstances.

The situation was no better in Uganda, where “the government arrested its political opponents and blocked political and student rallies.”

“These restrictions on expression and assembly, arbitrary detentions and prosecutions of outspoken critics and the government’s failure to ensure accountability for past abuses, do not bode well for the 2021 General Election,” HRW warned in the case of Uganda.

“The government lifted some restrictions on the publication of independent statistics, but continued to restrict media and critics of the government, deregister civil society groups, arrest journalists, restrict civic space and undermine the rights of women and of children,” the report states.