Kenya, others call for urgent Taliban reform amid humanitarian crisis 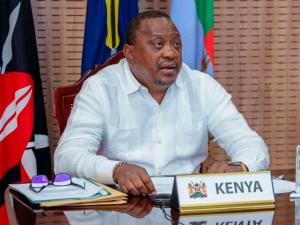 Kenya and other members of the UN Security Council including India and the UK say the Taliban must act urgently on promised reforms to save Afghanistan and its people.

At a briefing on the situation in Afghanistan, Kenya joined other African members, Tunisia and Niger to call on a proper security “architecture” that will prevent the country from becoming an active cell of terrorists.

But the African group, also known as A3 Plus 1, and includes Caribbean island of St Vincent and Grenadines said the immediate crisis in Afghanistan is food shortage and other amenities for the displaced, and a government that has totally excluded women.

“[We] Underscored the imperative for the full and meaningful participation of women in all aspects of Afghan life including at the grassroots and leadership levels,” said Mike Kiboino, Kenya’s Deputy Permanent Representative to the UN.

“[We] Called on the Taliban to immediately take steps to improve governance and form a truly inclusive government that reflects the interests of all major ethno-political diversity groups.”

The Taliban took power in August after the US and allied forces pulled out of Afghanistan after 20 years of propping up a civilian government, whose President fled the country before Taliban took over the capital Kabul.

But the UN Security Council’s members have debated on whether to engage the Taliban, a group sanctioned heavily by the Council itself as well as its permanent members like the US. Those penalties include barring humanitarian supplies in areas the Taliban used to control, as well as financial restrictions on its members. As the cold winter begins in Afghanistan, there has been questions on whether the Council could allow exemptions to those sanctions for humanitarian supplies.

India’s Permanent Representative TS Tirmurti told the briefing session there should be direct access for humanitarian suppliers without hindrance.

“Humanitarian assistance should be based on the principles of neutrality, impartiality, and independence and disbursement of the aid should be non-discriminatory and accessible to all, irrespective of ethnicity, religion or political belief.

“In particular, the assistance should reach the most vulnerable first – including women, children and minorities,” the Indian representative said.

Within Afghanistan’s region, India had on November 10 rallied neighbours to “rise above partisan interests” to save Afghanistan through humanitarian assistance. The countries endorsed a ‘Delhi Declaration'.

“The situation in Afghanistan continues to be a cause of pressing concern. As its immediate neighbour and a long-standing friend of its people, the current situation has direct implications for India.”

Whether to engage Taliban as a formal government or continue treating it as a proscribed group may determine whether that humanitarian assistance reaches the needy. But the Council passed resolution 2593 which calls for an inclusive, negotiated political settlement with the full and “meaningful” participation of women and minorities, equal rights and humanitarian assistance.

“Without creative, flexible and constructive engagement by the international community with Afghanistan, the economic situation will worsen while poverty and extremism will grow,” said Deborah Lyons, the UN Secretary General’s Special Representative in Afghanistan.

Lyons told the Council poverty is likely to worsen the security situation, which in turn will make it harder for minorities and other special groups to enjoy the peace.

“What we're working with the Taliban on now, the de facto authority is this policy that they want to put in place to ensure that they have got the systems necessary, the segregated classrooms, the teachers that they need to have girls in high school and at the universities.”

Afghanistan under Taliban may be restricted from accessing crucial financing. But UK said the World Bank should repurpose the $1.5 billion under the Afghanistan Reconstruction Trust Fund to directly support basic services.

“For its part, the Taliban should address the concerns of the international community regarding terrorism, humanitarian access, safe passage, inclusive government and human rights, particularly those of women and girls,” said James Kariuki, UK’s Deputy Permanent Representative to the UN.

The UK is asking Taliban to make it clear they won’t host foreign terrorists. But the London diplomat also said there must be guarantee that no one will be discriminated.

“All children, including girls of all ages, should be able to go to school. All women should be able to work, access services and participate in public life. Educated healthy women and girls will contribute to peace, stability and development.”