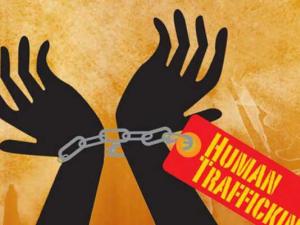 Kenya Police have rescued 25 Burundian women suspected to be victims of human trafficking in Ruiru, a town 25km northwest of Nairobi's city centre.

According to the DCI, the 25 victims were being held hostage at the compound in readiness for transit to Asian countries.They were aged between 24 and 33 years.Police said the suspects will be arraigned soon.

In a 2018 report by the US State Department, Kenya was named as a source, transit and destination for human trafficking.

While the country passed the Counter-Trafficking in Persons Act in 2010, it is yet to effectively stem the vice.

Among the challenges Kenya faces are porous borders, poor handling of cases in court, lack of awareness of what constitutes human trafficking and poorly funded State agencies tasked with dealing with it.

Victims are mainly vulnerable children and young adults. They are usually subjected to forced labour and sexual exploitation.