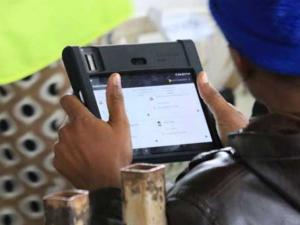 The supplier of voting technology to the elections agency in Kenya has declined to open the national tallying centre (NTC) servers, citing security issues.

In a letter by the agency to parties of the ongoing presidential election petition before the Supreme Court, the supplier Smartmatic International Holding B.V says providing full access to servers hosting Form 34C would infringe its intellectual property rights.

"As per your request regarding the provision of image of NTC server(s), we would like to clarify that such images contain software owned and copyrighted by Smartmatic and is thus IP protected. Providing full access would infringe our intellectual property rights," reads the letter signed by F. Gunnik, the company's managing director.

The letter dated August 31, 2022, came amid a standoff between a section of the court petitioners and the Independent Electoral and Boundaries Commission (IEBC) over access and scrutiny of the servers.

Raila gets access to IEBC servers
Lawyer Phillip Murgor Thursday morning complained to court that IEBC had refused to comply with the court orders by denying their agents access to all the eight servers.
"IEBC failed to provide a forensic image of all the servers. They provided a limited access to server 5 and we observed a large number of deletion. We suspect the delay and non-compliance could be to delete vital data, and when time runs out, they may provide irrelevant information," said Mr Murgor.

But the court said it had already received a report on the servers' scrutiny Wednesday night and urged the advocates to make their oral arguments on the issue at the appropriate time of the proceedings.

In the letter, the technology firm further says that providing third parties access to its source code, and security features including transmission certificates and encryption keys, would render the system insecure -as it is today-for any future use in Kenya or anywhere else in the world.

The Greek company also supplied IEBC with the Kenya Integrated Elections Management System (Kiems) kits.
"In addition to violating our IP rights, this would also jeopardise elections in other countries that are using or have used our systems," the company says.

"Committed as we are to the transparency and integrity of Kenyan elections, we would like to recommend that IEBC makes available the following information: All corrected data related to the results transmission system and all results transmission system logs. This information should be sufficient to extensively audit the Results Transmission System and to verify that it worked properly," it adds.
It further states that all physical tally reports were available online in real-time in the public portal from the elections night.

According to the foreign company, all political parties and election observers had access to those tallies and were able to audit the results independently.
"Additionally, IEBC could provide supervised and managed access to the Results Transmission System from Anniversary Towers. This additional evidence will demonstrate the accuracy of the results," the firm says.
https://www.theeastafrican.co.ke/tea/news/east-africa/smartmatic-decline...