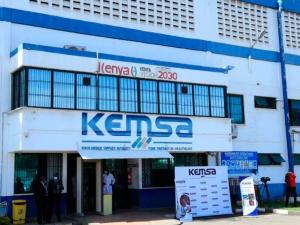 Kenya said Thursday it was investigating allegations that thousands of donated condoms, mosquito nets and life-saving medicines were stolen from a government-run warehouse and then sold on the black market.

The items were donated by the Geneva-based aid body Global Fund which has disbursed over $1.4 billion to Kenya since 2003, to fight HIV, tuberculosis and malaria.

A recent audit by the fund alleged that around 1.1 million condoms, 908,000 mosquito nets and tuberculosis drugs worth $91,000 (83,000 euros) were stolen from the state-run Kenya Medical Supplies Agency (KEMSA) and resold on the black market to private pharmacies.

"KEMSA is in the process of investigating the claims by the Global Fund," the agency told AFP, adding that "necessary reforms to address the issues identified have already been put in place."

The report, released on March 11, accuses KEMSA of drastically inflating the value of medicines to the tune of $5.6 million, including overstating the price of expired drugs up to 100 times the actual cost.

A probe is now under way, the UN-backed body said, telling AFP late Wednesday that: "The Office of the Inspector General does not comment on any ongoing investigations until they are finalised and published."

The revelations could put funding for Kenya's healthcare system at risk and come at a time when hospitals in East Africa's economic powerhouse -- battered by the coronavirus pandemic -- are already facing a shortage of crucial medicines.

"Administrative action has already been taken and continues to be taken for those involved," KEMSA said, promising further action against "specific individuals on a case by case basis."

It is not the first time KEMSA is being accused of fraud.

In 2020, it was at the centre of a corruption scandal after government officials and businessmen allegedly pilfered $400 million in public money earmarked for medical equipment needed in the fight against Covid-19.

Following street protests, President Uhuru Kenyatta disbanded KEMSA's top management and ordered the health ministry to publish details of all purchases made during the pandemic.

Despite the country's anti-corruption agency documenting evidence of graft, cases have dragged on in court and no one has been convicted so far.