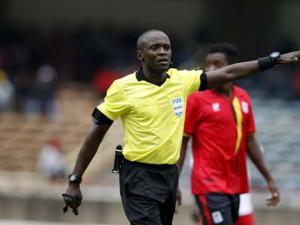 Kenya might not be among the nations competing at the Africa Cup of Nations finals in Cameroon, but the country will be represented by two men who are among the tournament’s 63 match officials.

Experienced referees Peter Waweru Kamaku and Gilbert Cheruiyot will be match referee and assistant referee, respectively, at the tournament that runs until February 6.

The Cameroon tournament will also see female match officials in charge in a ground-breaking achievement.

They officiated at the Under-17 Africa Cup of Nations in 2019 and also at the African Nations Championship 2020 (CHAN).

Mukasanga will be match referee — a first by a woman at the tournament — with Atemzabong and Jermoumi appointed assistant referees while Karboubi will be on the Video Assistant Referee (VAR) panel.

“The match officials were selected based on their experience, skills and current form. In recent months, they have been subjected to several aptitude tests through preparation courses and real competitive matches. Only the best will officiate at this extraordinary event. The roster includes two referees from the Concacaf as part of our inter-confederation skills exchange programme," Confederation of African Football Director of Refereeing Eddy Maillet said while announcing the names last month.