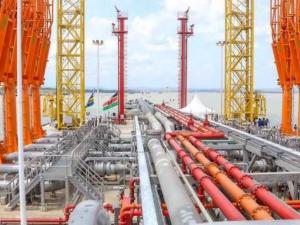 Kenya is banking on the $385 million new Kipevu Oil Terminal to wrest the petroleum business from Dar es Salaam port, which has been supplying the Great Lakes region.

Tanzania turned the tables on the port of Mombasa after persisted allegations of adulteration of petroleum products on the Northern Corridor. Then the three-year closure of the border between Uganda and Rwanda, and lower tariffs made both countries depend more on the Tanzanian port.

Now, with the new Kipevu facility, Nairobi plans to create a petroleum products hub for the region, hoping to regain its lost business. The government has also begun converting the Kenya Petroleum Refineries Ltd (KPRL) Changamwe depot in Mombasa, a few kilometres from Kipevu, into a storage facility for fuel and liquefied petroleum gas.

Kenya’s Petroleum Principal Secretary Andrew Kamau told The EastAfrican that the procedures for Kenya Pipeline Company (KPC) to take over the KPRL are about be concluded to make the facility a hub for bigger vessels.

Mr Kamau said the Kipevu Oil Terminal (KOT) will serve as an import and export facility.

“We will use this new facility since it has intake and offload mechanisms, where bigger ships can offload fuel, have it stored in the KPRL depot and thereafter pumped back to smaller vessels, which can supply Indian Ocean islands such as Zanzibar, Seychelles, Mauritius and other countries that lack such facility,” Mr Kamau said.

“The construction of KOT and its peripheral facilities is meant to supply Kenya with cheap gas and other petroleum products and ensure a steady supply of such products in the East African and other Indian Ocean Islands,” he added.

Nairobi is trying to lure back Uganda, the main user of the Mombasa port for transit cargo, to start importing fuel from Kenya through the Northern Corridor to Kisumu, then transfer it through Lake Victoria using the $170 million new fuel jetty in Kisumu.

Last year, Uganda said it was exploring options to cut its reliance on Kenya for petroleum imports by increasing shipments through Tanzania, a move that put rattled the Mombasa port managers and government mandarins.

Currently, Kampala accounts for three-quarters of Mombasa port’s transit cargo, and any drop in shipments could further hurt the facility, which has been trying to stave off growing competition from Tanzania’s Indian Ocean ports of Dar and Tanga.

In July, Uganda Railways Corporation (URC) began a trial delivery of 500,000 litres of petroleum products from Mwanza, after a 16-year break, across Lake Victoria. The cargo from Dar port had been moved by train to the Mwanza port.

It takes four days to transport cargo from the Dar es Salaam Port by road and railway to Port Bell in Uganda.

URC acting managing director Stephen Wakasenza said that while Kampala is comfortable using Mombasa, it was looking for an alternative route “for strategic reasons.”

Kenya now says with the storage facilities in Mombasa and Nairobi connected to the old metre gauge railway network, it will dedicate freight trains to transport petroleum products, especially now that the KOT can allow at least four vessels to dock at the same time.

“We understand the challenge ahead regarding storage, that is where a freight train comes in to evacuate such products to avoid delays in discharge,” PS Kamau said.

Mr Kamau conceded that the initially planned Eldoret–Kampala-Kigali Refined Petroleum Products Pipeline, one of the key projects that Uganda, Kenya and Rwanda agreed to jointly implement under the Northern Corridor Integration Projects dubbed the Coalition of the Willing, had been “abandoned, unless fresh talks are initiated,” hence the new plan.

The pipeline was to cost $1.5 billion, with the 350km Eldoret-Kampala stretch costing $400 million, and the 434km Kampala-Kigali belt estimated to cost $1.1 billion.

The project would involve construction of the mainline pumps, intermediate pump stations and road or rail loading facilities for tankers. The initial design requirement would also have accommodated a bi-directional flow with the installation of pumping stations to take products from the planned Hoima refinery in Uganda via Kampala to Kenya, with another option to feed into the Kampala-Kigali pipeline.

But now, Kenya is looking to double the capacity of handling transit petroleum products from the current 35,000 tonnes monthly and entice Uganda, Rwanda, Burundi and the Democratic Republic of Congo to consider Mombasa as their main oil source, as it will be cheaper than using the Central Corridor from Dar.

Acting KPA managing director John Mwangemi said faster loading is expected to translate into lower prices for LPG, as oil-marketing companies are expected to pass the benefits of reduced demurrage costs to consumers.

The new Kipevu Oil Terminal constructed by China Communications Construction Company, will have both subsea and land-based pipelines connecting it to the storage facilities, and the capacity to handle five different fuel products: crude oil, heavy fuel oil and three types of white oil products (DPK-aviation fuel, AGO-Diesel and PMS-Petrol).

The facility is constructed directly opposite the second container terminal at the port of Mombasa with capacity to handle vessels with a Dead Weight Tonnage (DWT) of 200,000 and a dedicated LPG line.

The new LPG terminal will have two LPG offloading lines where, according to the government’s plan, KPC will have rights to one line while private companies will be allocated second line.

The second line will play a key role in ending the long-running monopoly of gas supply, as it will allow new entrants into the business.

Kenya’s National Environment Management Authority (Nema) said that at least 20 companies had expressed interest in the second line before construction, but only seven presented their bids for approval.

KPC currently receives imported LPG from ships berthed at the Shimanzi Oil Terminal and puts it into its tanks - T610 and T611 located within its Changamwe facility. The product is then evacuated to local terminals through inter-connecting pipelines for truck loading and bottling respectively.

Already, the pipeline agency is putting up a dedicated LPG storage facility with an initial capacity of 25,000 tones, which will play key role in reducing cost of gas by 30 percent once the facility becomes operational.