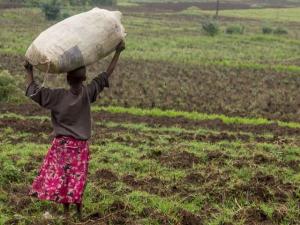 Despite laws that protect them against exploitation, children as young as 10 have been working to survive during the Covid-19 period in my neighbourhood.

Jerry Ngigi*, 10, already has an exhausting job that takes up his time every weekday from midday to dusk, and from dawn to dusk every weekend.

He is a casual labourer in maize farms in Gatundu South in Kiambu County where he gets paid about Sh70 to Sh300 a day.

While his age mates are asleep, he wakes up at 6am, dresses in long-sleeve shirt, jeans cut into shorts and old rubber shoes and heads to farms nearby to look for work.

“I am not forced to do this job, I choose to do it on my own because I need to have pocket money and other school supplies once the pandemic is over,” he said.

The Employment Act, Part VII provides for protection of children, including protection from the worst forms of child labour.

Mary Akinyi, a counsellor at Childline Kenya, which is the National Child Helpline 116 service in Kenya, receives several reports of child labour every month from all over the country.

She adds that from 2009 to 2017, there were 3,470 reports of child labour, making it the fourth most reported case after crime, murder and rape.

Tip of the iceberg

She strongly believes that this is just the tip of the iceberg and that many cases of child labour go unreported.

She said that activities such as herding, fishing, farming and hawking come at the expense of children’s education as well as their development.