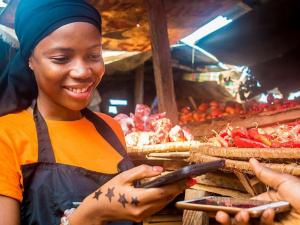 Kenya ranked top within the region in digital growth and demand, according to the latest Digital Intelligence Index payments firm Mastercard and the Fletcher School at Tufts University.

In the survey titled Digital Intelligence Index, Kenya is followed by Rwanda and Tanzania. Together, the three countries are categorised as “Break Out” economies for evolving rapidly and their significant growth.

Growth in internet penetration, improved infrastructure and more young people who are digitally savvy are some of the factors that made Kenya and Rwanda more attractive to investors.

In March, for example, Kenya and Djibouti were connected through the Djibouti Africa Regional Express 1 (Dare1) cable submarine with 30 Terabit per second boosting connectivity in the Horn of Africa. This adds to other cables serving Kenya such as Seacom, East African Marine System (Teams), Eastern African Submarine Cable System (EASsy) and Lion2 systems.

Sub-Saharan Africa countries such as South Africa, Nigeria, Uganda, Ethiopia, and Namibia have been categorised as “watch out” economies for their infrastructure gaps despite young people showing enthusiasm for a digital future with increased use of social media and mobile payments.

The study, released this month, shows sub-Saharan Africa has witnessed a vast surge in mobile payment adoption in the past decade. Savings have increased, micro-savers have opened bank accounts, and lenders are now able to price short-term loans. In fact, currently there are over 20 million virtual savings accounts.

According to a United Nations report on digital finance, mobile banking has grown in East Africa with M-Shwari, a mobile money product from Kenya, leading with 20.4 million active accounts since it was launched in November 2012 followed by M-Pawa of Tanzania, which was introduced in May 2014 while MoKosha of Uganda and Rwanda launched in August 2016 and February 2017 respectively having 2.71 million and 556,202 active accounts.

In the continent, the index ranked South Africa as the most developed digital economy while Nigeria is classified as a high-performing digital economy of the future due to high digital engagement driven by active social media use and mobile-payment adoption.

According to the survey, over the past two decades improved infrastructure, connectivity and access combined with young, digitally savvy populations have driven wide mobile payment adoption and broader financial inclusion in Africa. While sub-Saharan Africa still lags behind other regions in connectivity, digitalisation is advancing fast.

"Sub-Saharan Africa has led a mobile money revolution, making up two-thirds of the world’s 37 billion mobile money transactions in 2019, while Internet penetration has grown tenfold since the early 2000s, compared with a threefold increase in the rest of the world,” says the report.

In the latest study, small business owners such as farmers are seen as being better positioned to succeed in the digital economy with the improved and more inclusive digital environment and infrastructure.