Kenya on the way to ending HIV/Aids epidemic: UN 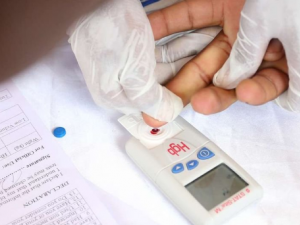 Kenya is inching closer to the global target of testing, treating and virally suppressing HIV/Aids in 90 percent of its population, a new report by the United Nations Programme on HIV/Aids (UNAIDS) titled Seizing the Moment says.

The agency says Kenya and 24 other countries are “well on the way to ending their Aids epidemics.”

Those countries have an incidence:prevalence ratio of 3 percent or less.

This milestone is reached when there are fewer than three new HIV infections annually per 100 people living with HIV, UNAIDS explained.

In accordance with this ratio,  the total population of people living with HIV will progressively decrease, the report said.

“In such a scenario, the Aids epidemic gradually disappears.”

Kenya's ability to limit the spread of the Aids virus has been due in part to a lessening of discrimination against those known to be infected with HIV,  UNAIDS noted.

During a 23rd virtual International Aids Conference, Kenya was praised as one of the countries that are very close to achieving the 90:90:90 target.

Gender inequality, stigmatisation, lack of finances, a high rate of new infections and low viral suppression in children were listed among the factors hindering the country from achieving the target. The report said Malawi and Tanzania were also very close to achieving the targets.

Despite considerable progress in reaching people in the region with treatment, the percentage of children with a suppressed viral load was only 40 percent, compared with 66 among adults in East and Central Africa.

With over 600 virtual sessions, the conference will enable delegates to access the latest HIV science, advocacy and knowledge, while offering a range of new features made possible by the virtual format.

Kenya has achieved the testing target, with 90 per cent of the people living with HIV aware of their status. Women are leading at 94 per cent while men are behind at 84 per cent.

When it comes to treatment, only 78 per cent of people who know their status are on treatment.

With regard to suppressing the viral load, 92 per cent of those undergoing treatment have been positively impacted.

Meanwhile, only 68 percent of all the people living with HIV have suppressed viral loads.

The report says that the progress countries have made could be set back by 10 years or more if the Covid-19 pandemic causes serious disruptions to HIV services, adding that countries should act with greater urgency to reach the unreached millions.

Prof Miriam Were, the chairperson of the National Aids Control Council, said that most countries, including Kenya, will not reach the treatment target due to inequality.

“The promise of the 1995 Beijing Conference to women and girls is a promise unkept. Adolescent girls and young women between the ages of 15 and 24 accounted for one in every four new HIV infections in sub-Saharan Africa in 2019,” she said.

She added: “If we do not put in place truly gender-transformative laws, policies and programmes in this region, we will continue to miss targets. It is also clear from the report that the more marginalised, stigmatised and criminalised a person is, the higher their vulnerability to HIV and violence.”

She said countries will not fix inequality without communities and that criminalisation does not help countries meet targets.

“It is clear that if we truly do not learn the lesson from the Aids response and put communities, in all their heterogeneity and diversity, front and centre of both the Aids and the Covid-19 responses, targets will never be met,” she said.

Meanwhile, UNAIDS director Winnie Byanyima said: “Every day in the next decade decisive action is needed to get the world back on track to end the Aids epidemic by 2030.”

“You could not imagine two countries more different than these. Yet, a small landlocked Kingdom in southern Africa did it. We are so proud. Of the 14 countries globally to have reached the 90–90–90 target, six months early, seven are in this region: Botswana, Eswatini, Namibia, Rwanda, Uganda, Zambia and Zimbabwe,” he said.