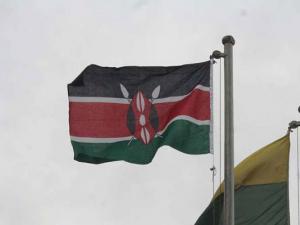 Mr Mburu, a former director at the National Intelligence Service (NIS), collapsed and died at his residence in the capital Juba on Sunday, the Ministry of Foreign Affairs says.

In his condolence message, President Uhuru Kenyatta described the late Mburu as a distinguished career public servant and a great Kenyan diplomat who was committed to building strong bilateral ties between Nairobi and Juba.

“Death has robbed us of a great public servant who served his country with distinction. Since his appointment as our envoy to Juba, Ambassador Mburu has worked hard to ensure free flow of trade and investment between Kenya and South Sudan,” the President wrote.

The official cause of death had not been established by the time this story went to press.

He was nominated to the post by President Kenyatta in July 2018 in changes that were made to the diplomatic service.

He was appointed to the post at the same time as former Salaries and Remunerations Commission chairperson Sarah Serem (China) and former State House Spokesperson Manoah Esipisu (UK).

In his message to the family, the President eulogised Mburu as a shining star and prayed for strength and fortitude for his family to bear with the loss.

“Kenya has lost a brilliant public servant whose star was shining bright and whose service shall be dearly missed."