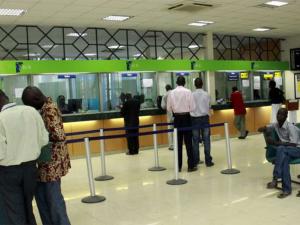 Kenyan top retail banks are struggling to navigate the rough terrain in the war-ravaged South Sudan with Co-operative bank falling to an accumulated loss of Ksh3.29 billion ($28.85 million) in the last eight years of operation.

A review of the audited financial statements for KCB, Equity and Co-operative bank show that the latter has made losses amounting to about $28.85 million from the year 2014 to 2021, translating to a loss of Ksh411.78 million ($3.61 million) per annum.

The lender exported its cooperative banking model in South Sudan by investing Ksh2.72 billion ($23.85 million) for a 51 percent shareholding in a joint venture with the Government of South Sudan.

The government of South Sudan holds 49 percent shareholding in the bank on behalf of the country’s cooperative moment.

Last year, Co-op Bank extended this joint venture by three years, arguing that the transfer of the minority stake to the South Sudanese Cooperative movement has been delayed by economic and political challenges in the country.

The civil war, which started in 2013 and ended in 2020, led to a massive write-down of assets, loss of revenue and hyperinflation, which resulted in banks reporting monetary losses due to reassessment of assets and liabilities.

On the other hand, KCB’s subsidiary in South Sudan returned a total profit after tax of Ksh6.03 billion ($52.89 million) during the same period, translating to Ksh754.12 million ($6.61 million) per annum.

The seven years of civil war significantly affected the South Sudanese economy primarily because of the collapse in oil production in areas affected by the war.

The country also suffers from weak rule of law, widespread corruption and unstable security situation, compounded by poor infrastructure, lack of reliable transport routes, and poor access to electricity, internet connectivity and extremely low levels of education and skills amongst the population.

According to James Mwangi, the Equity Bank chief executive officer, political instability, dip in crude oil prices, high inflationary pressures and exchange rate volatility have colluded to slow down the growth momentum of the South Sudanese economy and subsequently impact negatively on businesses including banks.

“We entered the South Sudan in 2009 and in four years, we had become the largest bank there. It was the subsidiary that was able in one year to pay Ksh1 billion ($8.8 million) in dividend. But, in 2013, war broke out and it affected trade,” Mr Mwangi told The EastAfrican in February this year.

“The conflict between South Sudan and Sudan almost made oil exports impossible because Sudan decided to take $26 per barrel as shipment or pipeline fee. Then oil prices went below $30. So, essentially, South Sudan was making nothing and the economy became suffocated. The tensions and political disagreements intensified. The international community seemed to lose hope, funding dried up and the people gave up.”

According to Mwangi the South Sudanese economy ground to a halt, setting off a microeconomic environment where inflation went all the way to 800 percent.

“So you can imagine the imported inflation in a country importing 90 percent of its requirements. Our strategy was to bring down the bank to maintenance and we reduced our branches from 13 to three, and the staff from 480 to 80 just to maintain the licence. There seems to be hope but we have taken a wait-and-see stance. Every year we are hopeful that it will get better.”

According to the World Bank, about 82 percent of the South Sudan which is especially vulnerable to weather, oil price, and conflict-related shock, is poor.

“Kenyan banks are playing the long game and are not after quick gains. What is happening in South Sudan is the normal speed bumps for a maturing democracy, and it is only those who are focused on the long term and patient enough who will eventually stabilise and reap the benefits,” said Mr Olaka.

“It is for this reason that none of the Kenyan banks have pulled out in the face of a tumultuous spell, because the long term still looks promising.”

The three banks (KCB, Equity and Co-operative) including Stanbic bank rushed to South Sudan following a peace deal in 2005, attracted by a large unbanked population and oil wealth.

KCB started operations in the country in 2006, Equity in 2009 and Co-operative Bank was the latest entrant in 2013.

Analysts at EFG Hermes reckon that while the banks still report monetary losses in South Sudan, the magnitude has declined because the hyperinflation rate has declined, although the profit contribution from South Sudan is much lower than it was at its peak as transaction volumes haven’t recovered.

According to Paul Mwai, chief executive at AIB-AXYS Africa Ltd, regional expansion has not been very successful for Kenyan banks and while there seemed to be a big opportunity when the persistent political conflict has changed the situation and the opportunities are less.

In 2014, KCB shut three branches in South Sudan after the war broke out while in 2017, Equity Bank followed suit and closed seven out of its 12 branches in the country.