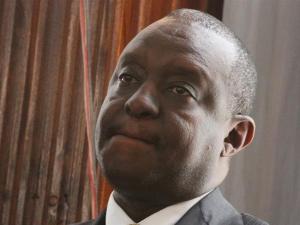 Kenya's president has replaced the country's finance minister who was charged with fraud over his handling of multimillion-dollar contracts for the construction of two dams in the country's west.

It is the first time a finance minister in East Africa's economic hub, which is plagued by widespread corruption, has been charged while in office. Henry Rotich denied the allegations in a court appearance on Tuesday.

A Kenyan government statement on Wednesday said Labour Minister Ukur Yatani Kanacho will take over in an acting capacity.

Yatani is a former lawmaker who served as ambassador to Austria and a regional governor before his appointment to the cabinet last year. All permanent ministerial appointees in Kenya have to be vetted by parliament.

Several other senior officials who were charged along with Rotich and Thugge have also been replaced.

The charges allege that officials conspired to defraud the government in the dams’ project in Elgeyo Marakwet County, where no construction has started despite billions of Kenyan shillings being spent.

Italian construction company CMC di Ravenna, which is also implicated in the corruption investigation, has denied any wrongdoing and said late on Tuesday it was cooperating with authorities.

Kenyan Director of Public Prosecutions Noordin Haji said earlier on Tuesday that Nairobi was set to seek the extradition of one of the company's directors to face charges.

Prosecutors allege that advance payments were shared out among accounts belonging to the alleged conspirators and their agents.

Work on the two dams has not started yet, prosecutors say, an assertion the company disputes. Prosecutors are also saying that no land where the dams are meant to be built has yet been acquired.