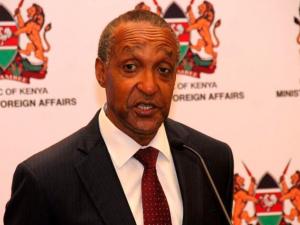 UN Secretary-General Antonio Guterres named the team known as the Advisory Group, which often supervises programmes for funded projects in countries recovering from conflict or on the brink of conflict.

It is composed of ten officials from across the world, most of who have served as diplomats within the UN system or in various international organisations.

The UN Chief said he was naming a new team to continue focusing on conflict prevention even as the world recovers from Covid-19 pandemic.

“Conflict and political turbulence around the globe illustrate that peacebuilding cannot be put on hold while the world grapples with the pandemic,” Guterres said in a statement on Thursday.

“Violent conflicts are on the rise, fragilities are growing due to the ongoing health and financial effects of Covid-19, and other risks, including a global food security crisis, have expanded.”

It is the seventh such panel to be formed by the UN Secretary-General since the Fund was formed nearly two decades ago and each of the appointees are traditionally nominated by their home countries.

Mr Kamau, a former Kenyan Permanent Representative to the UN in New York, has been Principal Secretary for Foreign Affairs since 2017. He has been in the world of diplomacy for four decades, including stints at the UN.

“[This is] Recognition for 40 years of unbroken international service in various capacities, including 20 years of service in peace building and sustainable development,” said Martin Kimani, Kenya’s Permanent Representative to the UN in New York.

“Even as a Kenyan Ambassador and Principal Secretary, he found time for dedicated leadership in regional peace efforts, and global leadership in Oceans, Climate Change, Environment and Sustainable Development,” he added.

Kamau co-chaired the UN Working Group of experts that helped draft the 17 development goals under the Sustainable Development Goals (SDGs).

The Peacebuilding Fund is the basic UN financial organ that the global body often relies on to fund programmes or situations at risk of conflict, often by investing in UN agencies, governments, regional blocs, and multilateral banks of international trust funds. It has allocated some $1.67 billion to 65 recipient countries since 2016.

Some of the programmes in the region include the ‘Bridging Youth Gap’ initiative in Somalia worth $3 million and run by the International Organization of Migration and the UN Children’s Education Fund (UNICEF). Launched in 2021, the programme seeks to rehabilitate former Shabaab fighters who surrender and want to rejoin society.

Other previous programmes in the region include the strengthening of women leadership in Burundi, transitional justice programme in the DR Congo, and the constitution review programme in South Sudan.

“Consolidating opportunities to build peace is an important task for the international community,” the UN chief said.

“The Peacebuilding Fund is designed to support programming that needs to be started quickly and flexibly where requested.”

The team will serve for two years.