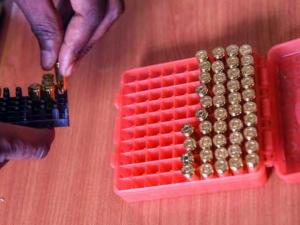 Kenya’s bullet factory failed to meet demand in the domestic market due to a wider financial loss of Ksh694.3 million ($6.2 million) for the year ended June 2019, an audit report shows.

Kenya’s military and police have from 1997 been using bullets manufactured from the Eldoret-based factory with the deficit imported.

“The management explained that heavy losses incurred were due to ineffective, old and worn-out machines whose performance stands at 40 percent, hence could not meet the domestic demand,” Ms Gathungu said in a report dated August 9, 2021, and tabled in Parliament.

KOFC is mandated to manufacture military hardware, machinery, and equipment. It produces ammunition for small arms for the country’s use and sells the surplus.

Ms Gathungu questioned the failure of KOFC to put into use machinery that has been lying idle from the time the factory was built 24 years ago.

She said machinery of unknown value was either installed, partially installed, or not installed at all. They comprise two anvil piecing machines, one prima cap manufacturing machine, five prima polishing machines, and a tracer bullet loader.

“The machinery has been lying idle from the time the factory was built,” Ms Gathungu said adding the situation was contrary to section 72(1) (a) of the Public Finance Management Act, 2012.