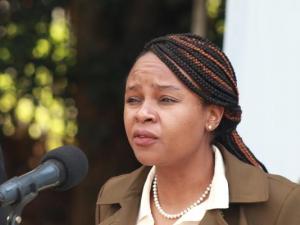 Kenya has recorded seven more cases of the coronavirus raising the country's official toll to 179.

Health Chief Administrative Secretary, Dr Mercy Mwangangi, told a press conference on Wednesday that all the new patients were Kenyans.

Five were found through surveillance while two had been quarantined, Dr Mwangangi said, adding five of the cases were recorded in Nairobi and one each in Mombasa and Uasin Gishu counties.

Four of the new patients had a history of travel.

The ministry further said 178 of the confirmed cases had been mild or moderate.

In the daily update on Tuesday, Health Cabinet Secretary Mutahi Kagwe announced that the number of confirmed coronavirus cases in Kenya had risen to 172.

CS Kagwe told the public to brace for more cases and stricter measures to arrest the spread.

The number of patients is expected to shoot up drastically as mass testing of all employees in hospitals and quarantine centres starts.

At least 1,445,911 infections and 309,113 recoveries have been reported globally, according to Worldometer's count on Wednesday.