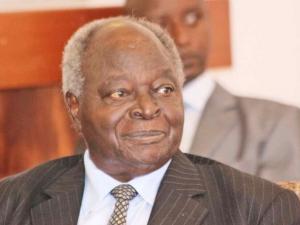 He also ordered the Kenyan flag to be flown at half-mast beginning Friday until Kibaki is buried.

The former president will be given a state funeral, President Kenyatta said.