Kidero’s advice to Babu Owino, Ledama and Mbadi in the face of ODM fallout 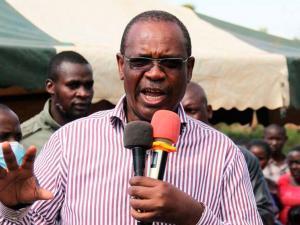 Former Nairobi governor Evans Kidero hit out at the Orange Democratic Movement, claiming it was a personal commercial asset as opposed to being a democratic political party.

Dr Kidero has also advised Embakasi East Member of Parliament Babu Owino and Narok Senator Ledama Ole Kina that if they are not satisfied with what is happening in ODM, they could as well find another way.

“Let’s understand where Hon. Babu Owino is coming from. ODM is what it is because of the youth; majority membership. Zeal and passion in party support. ‘Soldiers and army for the party’. Yet, when bread is being shared nobody thinks of them. It’s not just what has happened in choice of parliamentary leadership, but even in nominations to County Assembly,” Dr Kidero said in a post on social media.

Storm in ODM as Young Turks and old guards fight over House committee seats
“ODM is a personal property and a commercial asset which the owners use to maximize financial returns and optimize their wealth creation. People like John Mbandi, Ledama and Babu don’t need to be reminded Ka rachni to dhi los mari (if you are unsatisfied, then find another way).

Dr Kidreo’s remarks comes after Mr Owino and Senator Ledama hit out at the ODM party for overlooking the youth and rewarding the older party members with key House committee positions.

It should also be noted that Kidero left the ODM party after he claimed his Homa Bay county gubernatorial competitor Glady Wanga was unfairly rewarded with a direct nomination to vie for the seat.
Homa Bay is a stronghold of the ODM party and anyone who wins the nomination often goes on to win the election, as was the case for Mrs Wanga who is now the governor.

Evans Kidero: Luo nation needs salvation from ’emotional slavery’
Mr Owino has loudly protested the party’s decision to pick Mr Mbadi for the Chairmanship of the Public Accounts Committee even after other members agreed to reserve the seat for him.

“ODM Party, so many youths and myself sacrificed a lot and used our resources in the party over the years. Our pay is betrayal and blackmail. It is OK. Tomorrow is another day,” Mr Owino said.

His sentiments were echoed by Senator Ledama who demanded that the youth in the party be given a chance to lead or else they will seek other means.
The duo’s public stand against the party continues to ruffle feathers in the party, with some members reminding Mr Owino that he would have had no leg to stand on as a politician had it not been for the support he has gotten over the years from the party leader Raila Odinga.
https://nairobinews.nation.africa/kideros-advice-to-babu-owino-ledama-an...