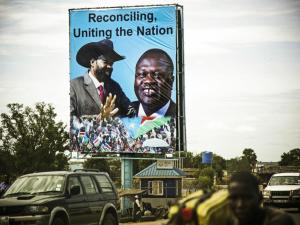 JUBA – South Sudan presidency said in a statement on Wednesday that a general conference of the Upper Nile state communities will be convened in Juba to deliberate on the appointment of the governor of the oil-rich state.

“The Presidency of South Sudan objective of the meeting was to discuss the establishment of the State and Local Governments of the Republic of South Sudan,” it added.

The statement further said the meeting resolved that the president “appoint the State and Local Governments of the nine (9) States, except that of Upper Nile State [and the] president proceeds to establish the Revitalized Transitional National Legislative Assembly and the Council of States.”

“That the Revitalized Transitional Government of National holds a conference in Juba for all the Communities of Upper Nile State to discuss ways and means of resolving any tribal or communal differences and to engender harmony in the State prior to a final decision on the appoint of the Governor of the State.”