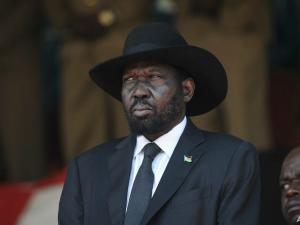 JUBA – South Sudan’s president, Salva Kiir Mayardit, is working to extend the formation of states government to April 2021, according to two senior government officials, despite announcement by the SPLM-IO last week that the state governments would be formed in a two weeks time.

Speaking to Sudans Post this afternoon, one senior government official said President Kiir had said in a meeting over the weekend with members of the Jieng Council of Elders that he will not give a go-ahead for states government formation until April, citing disagreements among some opposition signatories to the revitalized peace agreement which he said would undermine stability in the country if not resolved.

“You know there are disagreements between some opposition groups that are signatories to the revitalized peace agreement. That is why the president told the meeting [of Jieng Council of Elders] on Saturday that he plans to give a green light for the formation of state government until April 2021,” one senior government official said.

“This is to give the opposition groups a time to have their differences over the states government formation and allocation of positions given to them by the revitalized peace agreement resolved and then they show a united position to avoid jeopardizing the state governments,” the official added.

Reacting to reports of extension of the state governments formation, a outspoken South Sudan activist is calling on the country’s presidency to reach a decision on the implementation of security arrangement and formation of state government before 2021.

Edmund Yakani, Executive Director of Community Empowerment for Progress Organization (CEPO) made this call  during a press conference held in the organization’s premises in Juba on Monday.

“The political culture of dragging feet in a genuine and timely implementation of the  peace deal is stressing the public, and the majority of them feel their current  political elites are careless about the hardship the country is facing from the on-going violence,” Yakani said.

The outspoken activist stressed that the time is now for the Presidency to act on the formation of state and local government before the year ends.

“My message to the Presidency is that the language of the government will be formed soon, we are tired of it, and you need to meet urgently within this week, and come out with remarkable decisions, and agree upon the  specific day for the formation of the state government, and the reconstitution of the parliament,” he said.

Yakani revealed that the citizens have lost trust, and confidence on the peace agreement being the best pathway for transitioning the country from violence to peace.