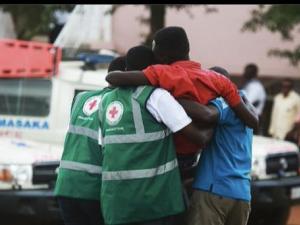 Following the 28th commemoration of the 1994 Genocide against the Tutsi, a difficult period for the Genocide survivors,  Rwanda Biomedical Centre (RBC) says 80,000 psychosocial Counselors have been trained to handle trauma cases and provide a range of therapies for mental illnesses problems including depression.

The development was announced on April 5, as Rwanda prepares to start commemoration week-April 7-13 which ushers the country into 100 days of the Genocide which cost lives of more than one million Tutsi in 1994.

“This is a challenging time for the survivors, but also for scores of other citizens. We have people that are trained to recognize different conditions of people, how they change and they will be able to handle their cases,” Dr. Yvonne Kayiteshonga, the Mental Health Division Manager at RBC said.

“They were trained, given basic skills for mental health therapy, discussing with patients and bringing them back into their normal condition.”

The Rwanda Mental Health Survey conducted in 2018 indicated that the Post-Traumatic Stress Disorder is eight-fold more prevalent among Genocide survivors compared to the general population. The figures indicate that traumatic stress disorder for the Genocide survivors is at 27.9% compared to other people who represent 3. 6%.

This week, the government released a set of guidelines that will guide the mourning activities.

According to the guidelines issued by the Ministry of National Unity and Civic Engagements (MINUBUMWE), there will be no Walk to Remember on July 7, while the night vigil will be aired on national television.

This year, it will be the third time the commemoration activities are taking place during the Covid-19 pandemic and all these years, key activities like Walk to Remember and the vigil were suspended to limit the spread of the pandemic.

The new guidelines indicate that the national mourning will last until April 13 while commemoration activities will go on until July 3, ahead of the celebrations for Liberation Day which takes place on July 4.

“Let us be near the survivors, this is a very difficult moment for them and the  country at large. We should comfort them,” Audace Mudahemuka, National coordinator of AERG, the Association of Student Genocide Survivors said.

Commemoration activities at the national level will be held at the Kigali Genocide Memorial while districts will converge at district memorial sites as it has been the case in the previous years.

From April 8 to 10, places of worship will disseminate messages regarding the country’s history that culminated into the 1994 Genocide against the Tutsi.

On April 10, selected people who have a wide range of documentation and knowledge will discuss the role of the media in the Genocide against Tutsi and the rebuilding Rwandan community in the genocide aftermath, according to the calendar.

April 11 will be dedicated to remembering the Tutsi victims who were killed on the same day after being abandoned by the UN peacekeepers in the former Kicukiro technical school (Eto Kicukiro).

On that day also, people reflect on indifference by the international community to the plight of Rwandans during the 100-day massacre.

MINUBUMWE also advised government-affiliated agencies and private institutions to dedicate one day between April 8 and 12 to commemorate their former staff who were killed during the Genocide.

Like previous years, the national mourning week will be closed on April 13 at Rebero Genocide Memorial which is dedicated to paying tribute to politicians killed during the Genocide.

The same applies to other administrative entities that experienced heavy massacres during the genocide.