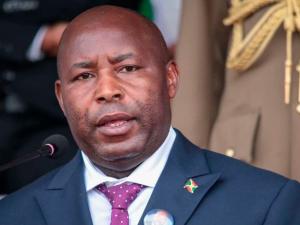 The Committee to Protect Journalists (CPJ) remains sceptical on whether the latest policy shift by Washington on Burundi sanctions will guarantee freedom of the Press in a country where news media is crying foul over continuous harassment.

The sanctions imposed after the 2015 violence have adversely affected the Burundian economy, pushing over 65 percent of the 11.9 million population below into poverty, with both regional and international trade at its lowest.

According to New York-based lobby, the country is yet to improve its human rights record on journalists.

"In the case of Burundi, we would need to review how the lifting of the US sanctions specifically relates to the press freedom violations," said Angela Quintal, CPJ Africa programme co-ordinator.

"However, what we can say is that today, the environment for journalists in Burundi remains restricted and we would urge authorities to enact the comprehensive reforms needed to ensure that journalists can operate freely."

The UN Commission of Inquiry on Burundi has stated that it believes crimes against humanity were committed in the country since 2015, possibly even during the 2020 election.

In June, the CPJ and other human rights groups called on European Union High Representative Josep Borrell and EU foreign ministers to uphold benchmarks set in 2016 when the EU suspended direct financial support to Burundi over the 2015 violence. These included an end to the intimidation of journalists, the prosecution of perpetrators of violence against journalists, and the assurance that journalists can work in safety.

There have been some limited improvements in President Evariste Ndayishimiye’s first year in power. He, for example, pardoned four journalists arrested in 2019 and initiated a dialogue with media representatives in Burundi.

But many of Ndayishimiye’s repeated promises to deliver justice and promote political tolerance remain unfulfilled.

The Council of the European Union extended to December the sanctions against Burundian officials responsible for the violent repression orchestrated by the government since 2015, then under Pierre Nkurunziza.

The EU is also reviewing its sanctions with the East African nation, with a possibility of lifting them later this month.

The EU is a significant donor to Burundi and its decision to freeze 432 million euro ($514 million) of funding has left the country’s economy in doldrums.