Brussels - From the DRC to Burundi and Angola, economic growth in Africa is generally failing to translate into broader prosperity, according to the Legatum Institute's Africa Prosperity index. Infos Grands Lacs and Afronline spoke to Alexandra Mousavizadeh, leading economist and director of the Legatum Prosperity Index to find out why. Among the few exceptions, “we’ve seen that the institutions in Rwanda have been strengthened, the business environment has been improved, as well as the health conditions and education”, she says.

The Legatum Institute’s Africa Prosperity Index, published today, rates countries by opportunity, freedom, education and security, as well as social bonds. According to your report, decades of economic growth across Africa have failed to improve the lives of millions of people. Why?

We have looked at how the countries in Africa have fared in terms of growth, but also things that go beyond that. We have looked at seven other pillars that range from health and education, to entrepreneurship and opportunity, to governance social capital, safety and security, and personal freedom. In those pillars, some countries have done quite well, but most of the African countries have not fared as well as Asia or Eastern Europe and other regions.

A lot of the countries are un-diversified, and have not made a lot of progress in terms of governance and personal freedom, and some of the building blocks that are very important for the way that we define prosperity. We are trying to identify the countries that have done well, and we look at what works, the countries that have delivered quite high levels of prosperity given their levels of wealth. We identified these and looked at the characteristics of these countries, and they have been quite successful in delivering relatively strong levels of personal freedom, strong institutions, and diversified economies that seem to be the biggest drivers of prosperity.

What is the impact of your reports?

We drive policy recommendations for countries where governments can adopt these policies that can strengthen these pillars, especially when we’re looking at a continent that is heading into a slower growth environment. These are policies that don’t cost anything to implement, and can make a lot of impact when it comes to prosperity.

Some African countries are much better at creating prosperity than others. Your researchers gave the example of Rwanda, which despite having a third of the wealth of oil-rich Angola, has been far more successful at creating a prosperous society. What are the conditions that brought Rwanda to such positive results?

It’s been many years of structural reform. What we’ve seen is that the institutions in Rwanda have been strengthened, the business environment has been improved, as well as the health conditions and education. These are policy initiatives that take some time to filter through into the data. However, having the leadership focused on these areas has led to a decade now where the position of these pillars that we look at have improved steadily every year. These are the reasons we think that Rwanda has done particularly well. There are other countries that have done achieved quite a lot of prosperity given their wealth levels, such as Senegal, Burkina Faso, Benin, Ghana and Kenya.

What about Democratic Republic of Congo and Burundi?

DRC and Burundi are among the countries that have had the opposite experience, where the governments have not been able to deliver policies that have translated into prosperity. On the contrary, they have done quite poorly across the pillars, ranging from health and education to governance, personal freedom and so on.

There haven’t been consistent policies to improve these areas within the country, and this glares up in our index in terms of underperformance with regards to prosperity. Among that list is also Sudan and Chad. The most striking example is probably Angola, because it is quite oil-rich and has derived a lot of revenues from the commodities sector, but has been not been able to translate that into national success and broader prosperity for its citizens, which is quite surprising.

Interview by Joshua Massarenti for Infos Grands Lacs, in collaboration with Afronline/VITA (Italy). 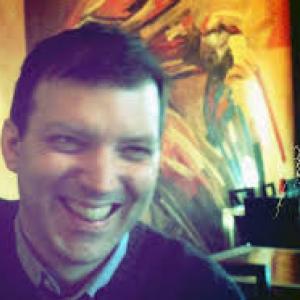