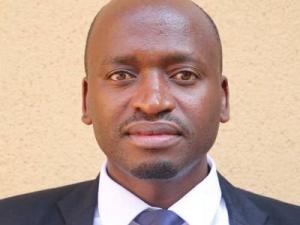 A Member of Parliament thought to be linked to President Paul Kagame’s comments on individuals who use their positions and influence to break the law, stepped down on Monday morning.

Gamariel Mbonimana, who has been a legislator in the Lower Chamber of Deputies since 2018, tendered in his resignation which was received on Monday, November 14 and confirmed by the Deputy Speaker of Parliament,  Sheikh Musa Fazil Harerimana.

In the resignation letter, Dr. Mbonimana, a member of the Liberal Party (PL), does not indicate why he stepped down from his duties in the Parliament but local media was quick to link it to President Kagame criticism of some individuals who use their authority to break the law, citing a certain MP who has been caught drunk driving several times and let off the hook by Police.

In an interview with Kigali Today, the embattled MP refused to comment on the reason of resignation, referring the reporter to the resignation letter ‘for the moment’.

On Saturday, November 12, while addressing the closing day of the 15th Annual Forum of Unity Club, President Kagame said that Rwanda as a country has come from far, thanks to the sacrifice and hard work people have put in over the years but pointed out that some individuals seem to have forgotten about this history and became complacent.

He said one of the issues the country still has to deal with include the conduct of people, including leaders, who are found to engage in behaviours that do not befit a leader, such as alcoholism and drug abuse.

While the speech mainly focused on young people and the role of parents in breaking the said habits, he pointed out that it is not only the youth who are engaging in drunkenness’ but also adults, citing the said MP as an example, without mentioning his name.

President Kagame pointed out that in recent days he has been checking various reports from Rwanda National Police and he was surprised to see the name of a certain member of parliament returning several times among the names of people caught driving under the influence of alcohol.

“There was a report that I read last night but I think the Police is also wrong on this one. They made a report of the person they arrested, a member of our parliament, who they caught drunk driving. Upon testing him, he was found to have consumed high volumes of alcohol,”

“They also found out from their records that it is not the first time. This was the fifth or six time, but for some reason, they release him on all these occasions. They watch him as he drives off, swerving from one side of the road to the other. I don’t know if they want him to kill himself or someone else,” President Kagame said.

When he inquired, he was told the Police lets him go because he has immunity since he is a Member of Parliament. President Kagame said that even if someone had the immunity, they cannot be allowed to commit several offences repeatedly and be let off scot free all in the name of immunity.

President Kagame said that in other countries, several decisions are taken in such a case, including suspending or recalling one’s driving license for repeating the same act or even taking away the immunity, if any, to avoid impunity. He faulted Police for not taking action on the MP.

The Head of State challenged parents and guardians to play a central role in ensuring that their children don’t stray off into alcoholism and drug abuse, vices he said cost the country dearly.