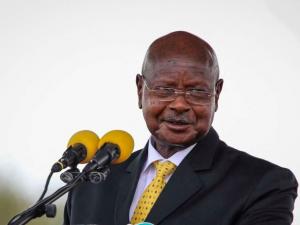 ‘‘Apparently, social media has been saying that Museveni is dead. They (security forces) should locate very quickly [the one who tells such a story],’’ Mr Museveni said on Thursday.

The misinformation started circulating on June 26 on microblogging platforms including Facebook, which is banned in Uganda.

‘‘The other day when I went to that side of Bombo to lay a foundation (for a project) people were looking at me with shock because social media reported that I was dead,’’ Mr Museveni said.

The President said security forces should solve what he described as an idiotic problem.

‘‘Security service should solve that problem. I need to check with them (security officers) so that we go for you. If you’re in Europe, we denounce you and say go to hell because you are wasting people’s time,’’ he warned.

Uganda has through the Covid-19 pandemic era witnessed an alarming rise in misinformation especially across social media networks.

''There's need for equipping...people at the receiving end on how to re-examine information before perceiving it as gospel truth,’’ she said in a recent interview.