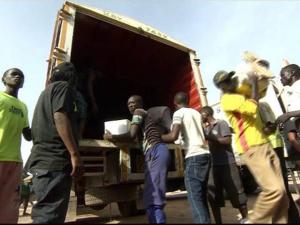 Millions of dollars are set aside every year for water projects in areas prone to drought in Kenya.

Nairobi has sent foodstuffs to the hunger-troubled counties of Turkana and West Pokot to save thousands of Kenyans who have been starving due to the long dry spell.

A convoy of trucks carrying the relief food arrived in Turkana and West Pokot over the weekend.

Those affected in the northwest region of Turkana say they want permanent solutions.