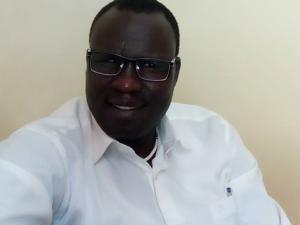 South Sudan’s National Security Service (NSS) has this morning released SPLA-IO officer who was arrested in Central Juba and held without charges for days, sources said.

Lt. Col. Ngarngar Batuh Maluil was arrested in Juba by members of the NSS and has been kept at a national security facility near the Nile before he was moved to the NSS Headquarters (also known as Blue House) where he remained until his release this morning.

“Andrew [Ngarngar] has been released by the National Security this morning,” one source in Juba said. “He was released without charges and we are waiting for details why he was