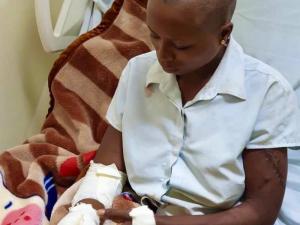 Nothing is really ever sudden, even thunder and lightning have a process. Perhaps the recent fine sentiments from President Yoweli Museveni are a precursor to normalisation of relations between Rwanda and Uganda.

Until that normalisation, Rwandans like twenty-nine year old Junior Nyirakarangwa, and Fabien Ntirenganya, face a fairly straightforward choice: heed their government’s warning not to travel to Uganda, or risk arrest, beatings, torture, for some even death, as a result of such ill treatment.

The stories are almost always the same. Most begin and end in the same way. This should not come as a surprise. Until Uganda begun randomly rounding up Rwandans, crisscrossing the Uganda-Rwanda border by ordinary people who live close to these frontiers was a time honoured practice. They go for work, or to trade in a variety of goods.

It often begins as it did with Nyirakarangwa. Two years ago a relative suggested to her (don’t be misled by the name Junior, she is a she), that there were opportunities to make some money in Uganda. She had also found it difficult to conceive, and the relative had heard of a doctor she was certain would “cure” her. Like so many others, Nyirakarangwa and her husband packed their meagre belongings and headed to Uganda.

And like so many, she did not settle too far from her home country, setting up home in Nyakabande, Kisoro, in Southern Uganda, near the Rwanda border. Things went as hoped for a bit, she even managed to conceive. All that changed, she remembers, 6th November 2018.

Around ten o’clock at night, she, her husband and their barely one year old son, were woken up by violent bangs on the door.

“They were shouting, ‘open up before we break it down’” she recalls.

She got to the door before her husband, and opened it, to be confronted by several policemen, accompanied by some military personnel, and local officials. She has no idea how and her husband became a target, except that her husband had had to leave his Rwanda identity card at the local police station.

They demanded to see her documents, and as she explains it, when she showed them her Rwanda identity card, they got abusive. “You are the undesirables who come here uninvited.” Her husband was dragged from his bed, and they immediately began beating him.

“They would not let him get dressed, they beat him quite badly, and dragged him outside naked. I grabbed some clothes and threw them to him. I got his shoes and threw them towards him to catch, but they began beating him with his own shoes, all over, including over his head.”

“I asked them if I could dress myself, and my child properly, but they refused, pushing me outside.”

They were thrown into a police van, and taken to an open space, where they found other detainees. There, the Rwandans were separated from the other prisoners, and women and children separated from the men. By now, her husband was bruised and swollen from the beatings.

From there, they were packed into an open goods lorry, “it looked as if it had been used to carry earth, or sand. We were all thrown in, on top of each other, and taken to a police station” she remembers.

“The men were put into prison uniforms, and taken straight to prison, without any kind of trial, and that’s the last we heard of them. We stayed there for a month, in terrible crowded conditions. The smell was terrible, we begged them to let us out, just for a few moments, but they refused.”

The Rwandans were virtually starved, for an entire month. “When they brought food” she said, “they would ask the Rwandans to raise their hands, and they would say, ‘there isn’t food enough for you, we will see what we can do next time. This went on for a month. We survived on food we got from other prisoners.”

After a month, she was released with other Rwandan women, and as is now common practice, were dumped on the border with Rwanda. Once over the border, there is a well established process by which the tired, hungry, bedraggled victims are given medical check ups, food, bathed, and supplied with decent clothing. Most just want to go home, and pick up their lives again, others are keen to tell their stories.

Nyirakarangwa is much luckier than her husband, who still languishes in a Uganda prison, for the crime it seems of being Rwandan. And she was luckier than Fabien Ntirenganya. He is now fully recovered from his ordeal, at least physically, his head, entire back, and he says much of the rest of his body, covered in scars, from the brutal beatings to which he was subjected.

A fisherman, Ntirenganya began fishing in Lake Victoria, in 2010, to provide for his family of seven children. Armed with a Laissez Passer, he would go from his home in Rutsiro, spend a few days finishing in Uganda, and return straight to market, with his catch. This went on quite successfully for some years, until on one return journey, 26th November 2018.

All Rwanda bound coaches, were stopped in Kisoro, close to the Rwanda border. Rwandans were separated from the other passengers, their identity papers confiscated, and either torn up, or kept. All their belongings, including Ntirenganya’s fish cargo, over a hundred kilogrammes’ worth were appropriated.

“We were loaded onto a police van, and taken to Kisoro police station. In little more than a half hour, we were taken to court, about fifty Rwandans. We were told that we were all charged with the same crime.”

“As the oldest of us” said the fourty-eight year old, “I asked what our crime was. The judge replied that our being on Ugandan soil, was in itself a crime. I replied that we crossed into Uganda legally, with the right documentation, and we crossed under the agreements of free movement of people stipulated by the East African Community, and our two countries. My Laissez Passer is up to date, so how are we committing a crime?”

“The judge retorted, ‘you are all spies, we will sentence you, and if you want you can also sentence Ugandans in your own country.’ He then pronounced that we were guilty, and would be sentenced to eighteen months, but, that we could be released, if we paid 1,500,000 Ugandan Shillings, each (about $400).”

None of them had such money, since all their belongings, including any money they had, had been taken from them.

Ntirenganya was moved from prison to prison, in which he was subjected to beatings, and forced labour. They made bricks, cut logs and carried them to different locations. If they showed any fatigue from over work on empty stomachs, they were beaten.

The otherwise softly spoken Ntirenganya becomes emotional and tense when describing the treatment he and other Rwandan prisoners had to endure.

“It was Rwandans who worked non stop, Rwandans who were beaten, tortured, Rwandans who were denied medical help. Three of my friends died of sheer exhaustion. They lay down one night, and in the morning they were dead. They were wrapped in blankets and taken out. That was how we parted company.”

“The long awaited day came, when I was told that my sentence was completed, and I could go home. They took me back to Kisoro, where we were first held. There I saw the senior policeman, a Captain who had taken away my fish. I asked him if I could at least have the money, if they had sold my fish.”

He was driven to the Rwanda border and dumped there. “We were in a terrible state” he said, forlornly, “we even smelt terrible. We were taken to a medical centre, checked, we washed, ate, and given some decent clothes.”

Ntirenganya still burns with a sense of injustice. He asks for the Rwandan government to help rescue those he left behind, and to secure compensation for the property forcibly taken from them.

The answer from his government however has been clear, since early March of 2019. Rwandans should avoid travelling to Uganda. “All we can do” said President Kagame in his November press conference, “is take the case to the Ugandan authorities, and we have done that, at the highest level, but we cannot do more than that.”

Just before the New Year, President Museveni sent what he called a special envoy, in the form of former journalist turned diplomat, Adonia Ayabare, with a message to President Kagame.

That, followed by the emollient words, may perhaps herald a willingness by Uganda to begin to accept the validity of Rwanda’s grievances, and resolve the crisis.