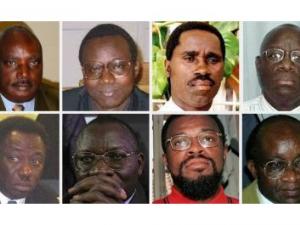 A United Nations court has ordered Niger to suspend its expulsion of eight Rwandans considered to be among the masterminds of the 1994 Genocide against the Tutsi.

The men were convicted of the 1994 Genocide against Tutsi and had completed their sentences or were acquitted.

Niger’s government had announced the expulsions towards the end of December 2021, one month after the Rwandans were welcomed in Niamey, the capital of Niger citing "diplomatic reasons".

Following the decision, a judge with the International Residual Mechanism for Criminal Tribunals on Friday ordered Niger "stay" the removals as they may be in violation of earlier UN agreements.

Speaking to AFP on Monday, a UN spokesperson in New York confirmed the official publication of the court order.

Of the eight people in the group, four were convicted of crimes during the 1994 Genocide against the Tutsi the UN International Criminal Tribunal for Rwanda (ICTR) and have served their sentences.

The other four were acquitted by the ICTR.

Zigiranyirazo is the brother-in-law of former President Juvenal Habyarimana and was a very influential member of ‘Akazu’ group. He was acquitted in 2009.

Nzuwonemeye and Sagahutu were the commander and second-In-command of Reconnaissance Battalion respectively, were both accused of genocide charges and crime against humanity including the murder of the then Prime Minister Agathe Uwilingiyimana. Nzuwonemeye was acquitted while Sagahutu’s sentence was downgraded from 20 to 15 years.

Nteziryayo, the former Prefect of Butare was accused of training, and arming the militia, and mobilizing the population in his prefecture to murder the Tutsi. His sentence was as well reduced to 25 years in prison after an appeal.

Muvunyi, in 2010, was sentenced to 15 years imprisonment for genocide, direct and public incitement to commit genocide and other inhumane acts.

Ntagerura, the former transport minister, accused of genocide and crimes against humanity was also acquitted in 2004.

Nsengiyumva, the former army commander in Gisenyi in April 1994, whose sentence was downgraded to 15 years in 2011 when he was 61 years old, walked out freely as deemed to have already served the necessary time in prison.

Prosper Mugiraneza, ex-public service minister, was initially convicted for conspiracy to commit genocide and given a 30-year sentence until he was acquitted in 2013.
https://en.igihe.com/news/article/niger-ordered-to-suspend-expulsion-of-...