No Easter celebrations in Tanzania as country mourns Magufuli 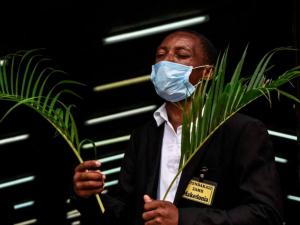 While Christians around the world look forward to celebrating Easter on Sunday, April 4, the Tanzanian Police Force has said it does not expect to see celebrations as in previous years.

“But it is our hope [that] Easter mass will be conducted peacefully,” a statement released Thursday said.

The country is currently observing the 21 days mourning period following the death of President John Magufuli.

Dr Magufuli died on March 17 at Mzena Hospital in Dar es Salaam and was buried on March 26 at his home town Chato, in Geita region, northwestern Tanzania.

The official mourning period began on March 18 and ends on April 7. Easter falls within this period.

The statement issued by police spokesman David Misime said the police force will be prepared to ensure that the Christian community participates in worship in a peaceful environment as other citizens continue with their activities as usual.

“Regional police commanders and forces are well prepared to ensure the security situation continues to improve and to take strong action against all those who violate safety laws during this period,” he said.