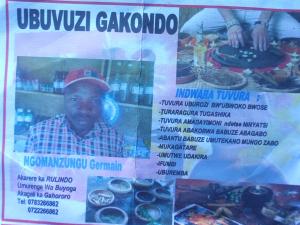 Rwanda has threatened sanctions on media houses that offer advertising services to traditional healers or “any other prohibited health or medical related programmes”.

Health officials says the directive will help curb an influx of publicity of untested medical products, which may be harmful to the consumers.

“Most of the traditional healers offer unrealistic medical advice and products; some say they can even cure cancer and hundreds of other diseases yet their products have never been tested in any laboratory. We have an obligation to protect the public against such misleading information,” Malick Kayumba, the spokesman of the Rwanda Biomedical Centre, told The EastAfrican.

Last month, the Ministry of Health banned advertising of all medical businesses and products.

“In the medical domain, advertisement of drugs or medical facilities is not encouraged. A registered medical practitioner is supposed to have a known place of work. Those who take to advertising are those who are in most cases unregistered and not qualified to provide medical services,” Mr Kayumba added.

He said the government would support herbalists to test their products in laboratories and issue registration certificates to those who meet the requirements to set up herbal clinics.

The government's stance has been welcomed by some herbalists who say it will force the sector to become more organised.

“Government is understandably tough on this because we as herbalists are not well organised as a group and have let our profession down by enabling unqualified and untrained people to exploit it,” Mr James Mushaija, a nutritionist and tropical herbalist said.

“Herbal medicine is good, but it requires a lot of training and professionalism like any other medical field. To be a practitioner, your products have to be tested and verified in a laboratory that they are safe to consume.”

Herbalists have been a mainstay in Rwanda’s society and their services are popular among the locals.

However, many are unregistered and their products untested, putting citizens health at risk.

In 2011, the herbalists and traditional healers formed a professional network that has since been weakened by internal wrangles, making it less ineffective as a lobbying association.

The Private Sector Federation, in 2016, banned herbalists from participating in its annual international trade fairs that promote the 'Made in Rwanda' products after the Ministry of Health intervened saying it was implementing a law that prohibits advertising drugs and pharmaceuticals.

The government, however, initiated a three-year Rwf600 million ($680,000) training and support programme in 2017 for herbalists.

In East Africa, Tanzania and Uganda have also banned advertising of herbal drugs.

Early this month, Uganda amended its 2015 Traditional and Complementary Medicines law to ban herbalists from advertising “fake concoctions and misleading information to the public”.