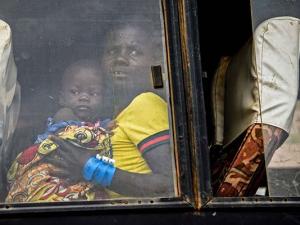 More than 300 people from neighbouring Democratic Republic of the Congo (DRC) have fled to Uganda over the past one month, a senior government official said on Thursday.

Samuel Araali Kisembo, the resident district commissioner for Kikuube and Hoima districts in western Uganda, told Xinhua by telephone that they are fleeing renewed tribal clashes in Ituri Province in eastern DRC.

"We are working with the local leadership, the Office of Prime Minister and the United Nations High Commissioner for Refugees to direct these people to the reception centre at Sebigoro," Kisembo said, noting that more people are expected to cross to Uganda.

"Our teams are on standby and health officials are available to screen the newcomers of Ebola and other related diseases," Kisembo said.

Uganda, according to the UN refugee agency, is the third largest refugee-hosting country in the world. The country hosts some 1.36 million refugees, mostly from neighbouring South Sudan, DRC and Burundi.