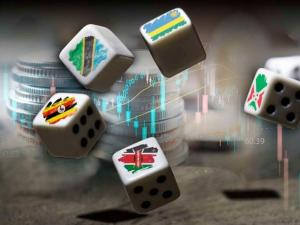 Partner states have failed to agree on which country should host the East African Monetary Institute (EAMI), one of the key establishments in implementing a single currency regime.

The East African Community partners submitted their pitches to host the institute that would later transorm into a regional central bank.
But the EAMI has become a hot potato, with member states jostling to host it, angling to avail themselves of the massive potential to attract foreign capital and become the region’s financial hub.

The East African has learnt that Kenya and Uganda rejected the verdict of a verification exercise commissioned to determine the country best suited to host the institution, which chose Tanzania. The two partners have questioned the objectivity of the exercise. During the 42nd Council of Ministers meeting in Arusha two weeks ago, disagreements prompted the suspension of discussion on the selection of the EAMI host.

The verification carried out in March this year ranked Tanzania most suitable, with a score of 86.3 percent, followed by Uganda (82.42 percent) and Burundi (78.1 percent). Kenya was the least qualified with 77.35 percent. The other partners did not express interest.

A report of the EAC Council seen by The EastAfrican shows that Uganda is dissatisfied with the report of the verification committee “and would like the matter to be escalated to a higher level.”
Kampala’s status
Uganda also wants the Council to formally determine the headquarters of organs and institutions of the EAC such as East African Legislative Assembly, East African Court of Justice, and East African Community Competition Authority, which are “temporarily” hosted by the Secretariat in Arusha.
“The organs and institutions of the community differ in size and weight, and this should be taken into account in determining the hosting of these institutions,” said Uganda.

Nairobi’s rejection
Kenya rejected the report, arguing that the evaluation criteria were not universally interpreted by members of the committee and so they arrived at the wrong conclusions.
“There was a clear bias against Kenya, which was awarded lesser marks than other partner states. There is [a] need for a weighted formula to aid the determination of hosting of institutions. Hosts of the organs and institutions of the community which are not yet [determined] should be done simultaneously,” Kenya protested.

Bujumbura’s take
Burundi called for further consultations and equity, adding that the Secretariat should establish the number of institutions hosted by each partner state to guide equity.

Kigali’s note
Rwanda also advocated further consultations, saying the formula should be based on equitable distribution of institutions among partner states.
According to Kigali, some institutions are highly specialised and require certain conditions that may not be present in all partner states.
“It is important for the Council to establish the suitability of a location for hosting specific institutions of the Community,” said Rwanda in its submissions to the Council.

From Juba
South Sudan said the Council called for more consultations and consensus, taking into account that some partner states do not even host a single EAC institution.
“The principle of equity should be applied when deciding on the hosting of EAMI,” said Juba. “The Secretariat should identify the organs and institutions of the Community that are temporarily hosted in Arusha in order for them to be properly hosted by the Council.”

Dodoma's submission
Tanzania noted that the EAC spent resources on a verification conducted by professionals and therefore the outcome should be “respected” to avoid a duplication, which overburdens taxpayers.
“The process was not flawed. All partner states participated, agreed on the outcomes and signed the Verification Report, which does not contain any divergent views,” Dodoma submitted.

Among the considerations were the potential economic benefits of the EAMI to the people of East Africa, comparative advantages (availability of qualified personnel to kick-start the EAMI and the availability of social services to staff), economies of scale, taking into account efficiency and cost-effectiveness, security, infrastructure considerations and possibility for future expansion.

The Council agreed to further consultations on the matter and is expected to make a decision during the 43rd meeting. The ministers will also consider the distribution of organs and institutions that are not yet headquartered. The Council directed the Secretariat to submit to the partner states a comprehensive analysis of the distribution of institutions before the meeting.

Wrangling over such institutions is not unique to the EAC. In Europe, Germany’s leading financial centre Frankfurt was chosen as the host of the European Central Bank in 1993, after months of wrangling. Some states feared that picking Frankfurt would mean further German domination over the European Union but then German Chancellor Helmut Kohl made a determined pitch, arguing that giving Germany the central bank would restore faith in European goals among the Germans and reassure them that a new common currency (Euro) would be sound and strong.

In East Africa, the Protocol for the establishment of the East African Monetary Union (EAMU) was signed by the heads of state in Kampala on November 30, 2013, setting up a 10-year roadmap for attaining a single currency in 2024.
But the EAC is way behind schedule in setting up relevant institutions to support a single currency, the most important being the EAMI, which was supposed to be up and running in 2015.

Member countries are also struggling to meet and comply with other macroeconomic indicators that are key to the implementation of a monetary union. These are debt-to-GDP ratio of 50 percent, fiscal deficit (including grants) of three percent of the GDP, overall inflation of eight per cent and forex reserves of 4.5 months of import cover.
https://www.thecitizen.co.tz/tanzania/news/east-africa-news/partner-stat...