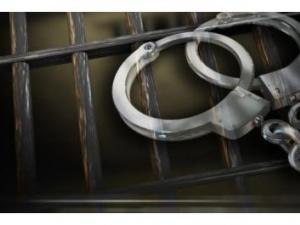 Rwanda National Police (RNP) has arrested five people, who are members of the same ring suspected to be behind series of robberies targeting mainly supermarkets and banking agents in different parts of the country.

The quintet was arrested in City of Kigali in separate operations conducted on Saturday and Sunday. They were paraded before the media at the Police metropolitan headquarters in Remera, on Monday, November 16.

They were arrested in Remera and Gatenga, in Gasabo and Kicukiro districts, respectively.

Police also impounded a Hyundai-Santafe vehicle, registration number RAD 995Y, which they were using in the robberies.

One of the suspects, Darius Christian Manzi, narrated that they started the robberies back in May and recalls two raids that he was actively part of in Gisenyi, Rubavu District and in Huye District.

“I was recruited by Patrick after the lockdown was lifted. I found that one of the members—Vital Ndeze—was also known to me, we studied together at Remera Catholique. We robbed a shop in Gisenyi of Frw700, 000 and another shop in Huye town of Frw340, 000. Targeted businesses would be picked at random without prior surveillance,” Manzi narrated.

They had hired the impounded vehicle to facilitate their movements.

In September, the ring allegedly robbed Frw600, 000 from a shop at Murindi in Kirehe District; in October, they stole Frw700, 000 from another shop in Rubavu District and Frw440, 000 in Nyamirambo, Nyarugenge District.

In this month alone, they allegedly robbed four businesses; Frw1.1 million from a banking agent in Nyamirambo; Frw415, 000 from another banking agent, who also operates a stationary shop in Nyarugenge city centre; Frw460, 000 from a shop in Huye District; and Frw300, 000 from Nyagatare District.

One of the victims, Eline Nyirangirimana narrated that at about 1 pm on Sunday, November 8; the same impounded black Hyundai vehicle parked in front of her shop in Nyamirambo, and was called out by people, who were in the same car.

“They called me to their car as if they wanted to buy something. They kept asking many things including banking rates, but one of them slipped out of the vehicle as if he was going for other errands, entered my shop, but I rushed back to my shop when I heard someone breaking things,” Nyirangirimana said.

She added: “I met the same man at the door coming out of my shop after stealing my money, which he had in hands. I tried to restrain him but he overpowered me and ran away. I remember the car they were using and the person, who entered my shop, although the latter is not among those arrested.”

It is the same trick that the gang applied to Jules Muhineza, on the same day, at his stationary and banking shop located in Nyarugenge city centre as well as other known businesses robbed in different parts of the country.

Shadrack Nsengayire, the rightful owner of the impounded vehicle that was being used in the robberies, said that his car was hired by a local travel agency and was shocked when he was called telling him that it was being used in criminal activities.
RNP spokesperson, Commissioner of Police (CP) John Bosco Kabera said that operations are still underway to arrest other members of the same gang.

“By parading these suspected robbers, we hope that other unknown victims that are still out there will come forward, but also send a strong message that such people have no place to hide in our community policing society,” CP Kabera said.

“Last month, we paraded a group of robbers that was targeting petrol stations; today, we are here showing you another ring that was targeting shops, supermarkets and banking agents. What is clear is that you might succeed in your evil plans, but you will not escape the wrath of the law.”

However, in article 167, the penalty doubles if the theft was carried out by more than one person.